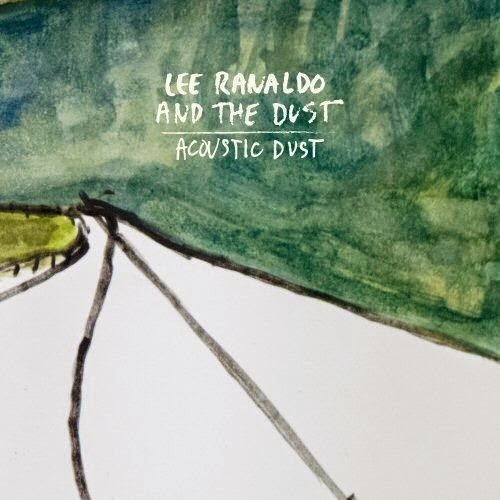 Recorded in Barcelona during a recent European tour, Acoustic Dust is part of a pair of albums recorded by the Sonic Youth founder in between live dates. Unlike most of Ranaldo's electric Dust project, this Spanish siesta is perhaps his most intimate work to date and certainly his most accessible.

Comprised of original songs and a clutch of covers, Acoustic Dust is a strung-out blissed-out record pitched somewhere between Bill Callahan, Mark Kozelek and Marc Ford, a sort of dustier incarnation of any male solo entity signed to Elektra in the '70s. For some of these reasons, Ranaldo has made a good album here. With one foot in country and the other in bottleneck blues, anyone expecting surges of feedback or riffed-up workouts might be sorely disappointed. Or delighted.

Hammer Blows displays Lee's propensity for being a rated guitarist, rather than a lyricist to worry Dylan, Buckley etc. In fact most of Acoustic Dust is played in a superlative manner whereas the lyrics keep things simple, a storytellers angle throughout.

The cover versions include the exemplary Sandy Denny song Bushes and Briars and Neil Young's powerful Revolution Blues but great though they are, it's Ranaldo's own songs that steal the show. Angles and Late Descent #2 recall Michael Stipe's early forays into songwriting, that youthful fragility being sensitively recreated by a stalwart who certainly knows how to woo an audience. Although a few of the selections previously appeared on last year's Last Night On Earth, most of Acoustic Dust sounds fresher than peas in a pod.