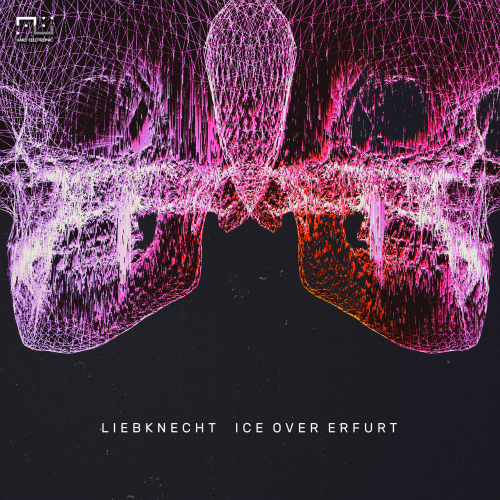 Liebknecht is one of the zillion projects of musical centipede, Daniel Myer, maybe best known for the German, 90s established electro/industrial cult act Haujobb. While the latter seems to kinda be in hibernation Mr Myer hits us hard with his relatively new project, Liebknecht. Musically, Liebknecht is storming down the path of the mainly instrumental EBM-Techno crossover as the likes of, for instance, Schwefelgelb or Gesaffelstein. Actually this 12”, released by Hard Electronics, a side-label of the NYC based Industrial Strength Records, is the first physical release by the band after releasing only one official and DIY digital release in 2017 named Produkt. On this record you can find the original pounding version of ICE over Erfurt which was taken from the 2017 Produkt release, plus two brand new lengthy hard hitting remixes. One VIP 2019 remix and one by Industrial Strength label owner and DJ Lenny Dee and partner in crime Dan Physics. There is not much more to say than this record should already be in your vinyl bag as we speak! Run DJ! Run!