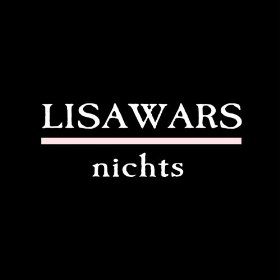 If you’re not living in Germany then it’s not that easy to be aware of the current Neue Deutsche Welle-bands. We’re not happy about it, but the days when bands like Spider Murphy Gang and Die Doraus Und Die Marinas were ruling the charts are far behind us.

I guess LisaWars will never score a N°.1 hit as well, because the audience doesn’t seem to like punk these days (and I mean punk, not Green Day). But why bothering about something as stupid as the charts? It’s the music that matters and this Saxon duo know what that is!

Jens (synths, keys) and Micha (guitar, vocals) started in 2002. After a break from three years they are returning with their brand new mini-album Nichts.

The opening song Der Anfang is (well) an intro with some moody violins, but once the titlesong kicks in, you know what they’re about as this is punk mixed with some excellent NDW. Wo Warst Du? even reminded us of Trio (remember?) and (the once godlike) Rheingold. Die Angst In Deinen Augen is punk in the good old Wire-tradition and Biotonne (the best song on this mini-album) has even a perfect coldwavesynth.

Nichts is available from 29/01/2013 on at all the well-known stores and AF-Music digitally as well, as on Zorch Factory Records and other known portals as a free download.