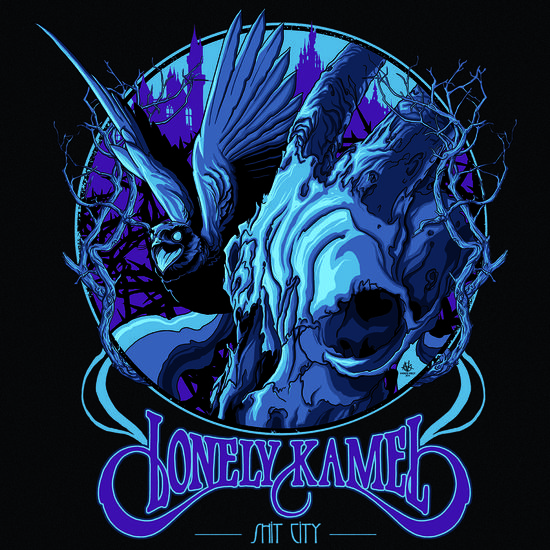 One thing that attracted me from the start is the nice artwork. So yes, first take a look at it and then you can start listening to the music and let yourself go! With their fourth album these Norwegians guys play a mixture from 70’s hard rock, stoner rock, blues, psychedelica and doom.

Shit City is the perfect opening track: it's hard, raw and has a punk-attitude. In a way you can even say that the song sounds between Iggy and the Stooges and The Black Crowes. The only thing that need some time to get used to are the vocals the background.

The aggressive attitude and its straightforward sound are simply great. They play as if their life depends on it!

White Lines is another one that rocks your socks off! Is it Over? sounds a bit more blues with some space influences and is probably added with some extra mushrooms from the 70's!

I feel sick sounds a bit as if they started writing about what happened after the first tracks, and yes there is that 70’s feel again!

Seal the perimeter has a heavy doom sound but enriched with sharp guitars. The tempo however is a bit too slow to be perfect, but still a good track that captivates the vocals.

Freezing could be again about drugs infiltrating the brain. The vocals stay clean and sharp, just like the music! The retro 70's sound is smoothly infiltrated with a nu-doom sound

BFD has what I would classify as a nice desert sound: very country and very blues-like!

Falling Down might sound like a love song, but is as sharp as a knife. A great retro rocker it is!

Nightjar is a great track to end with! You can smell the smoke and I assure you, it's not coming from a fire! So let’s hope we’ll hear more from them as they deserve it!