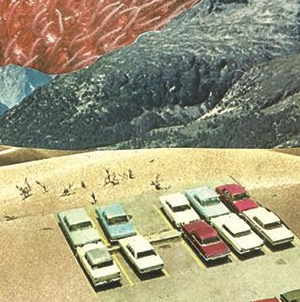 One by one the list of unreleased post-punk rarities from 'the vaults' are getting a wash and brush up, making this vinyl pressing of a previously available CD rather intriguing. Comprised of twelve tracks from the CD version (the most important ones, naturally), Northern Stories 1978/80 is a bit of a treasure from a band who were cruelly overlooked back in the day.

Formed in Manchester in 1978, they shared rehearsal space with Joy Division (and do NOT sound like them) and released a pair of singles and little more, save for some demos and a David 'Kid' Jensen session. This shocking state of affairs has at least been improved with this limited pressing (just 500 copies) and includes both sides of the Pre label singles Metronome and Faith.

Both sides ably demonstrate Manicured Noise's jarring angular sub-funk, topped off by Steven Walsh's anxious yelping vocals and suggest the band may well have coveted Talking Heads' twitching nervous energy at some point. The later songs on the Jensen session certainly make Manicured Noise comparable with the likes of The Higsons, Television and Apb and also makes evidence of the band's steady progression. Special mention goes to the funky Dreams Money Can Buy, the excellent Payday and the jazzy Competition - what a fine 12" single they might make.

What is remarkable is that the whole album sits together this well after thirty odd years apart. Regardless of the saleable Manchester connection, Manicure Noise's erratic but effortless raw groove is worth shelling out for.