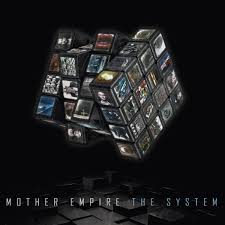 Mother Empire is a Danish band that plays a kind of melodic synth-rock, inspired by Depeche Mode and other new romantics. They aim to combine elements from the 80s with those from contemporary indie-rock acts such as Interpol, The National and The War On Drugs, but in my opinion they miss sharpness.

Mother Empire is a band with content. The lyrics contain a message. Especially the lyrics of Worthless, the logical single on this album, are strong. It’s a song about being unable to help a friend who struggles with a drug addiction (This sounds somewhat familiar, don’t you think?)*

I wouldn’t call Mother Empire worthless, but I’m not fond of the somewhat nagging voice. The System definitely has got its moments, but as a whole it lacks spice. The album fails to hold my attention from start to finish.

If you would ask me, I wouldn’t recommend this album. But, who am I? You can check the video of their single Worthless below and make up your own mind.

*I mean, remember How To Save A Life by The Frey.