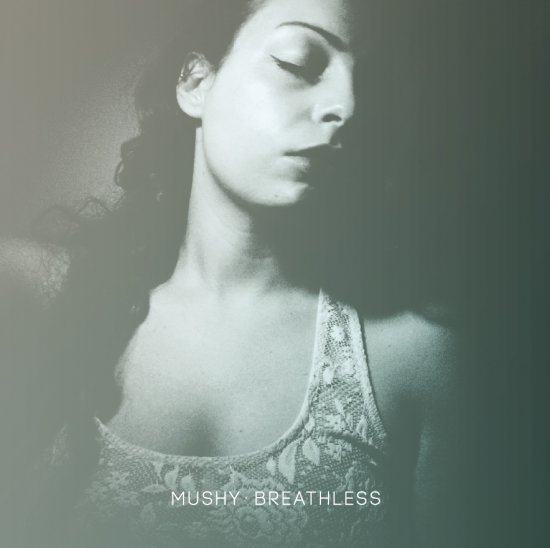 Mushy (Valentina Fanigliulo) is an Italian female artist. We had already discovered her at a Fantastique Night in Brussels back in 2010 and she has just played at the Beursschouwburg, also in Brussels, opening for with Led Er Est and Matthew Dear. This new album marks a soft evolution in comparison with her previous album, "Faded Heart". The music is still very dark and solemn, with a mixture of analog drum-machine loops, brilliant synths and spectral chants which rise at the surface. But now, there are less experimental, kraut-psychedelic aspects like cold drones or tempestuous noises, the new songs have a more cold-wave/dream-pop feeling and the beautiful voice of Valentina is much more on the foreground, singing full-fledged melodies.

The music is reminiscent of the early Dead Can Dance or Cocteau Twins, as, for instance, on "Dreams" and "My Life So Far" (featuring legendary 4AD artists A R Kane). Mushy's voice also evokes Zola Jesus and Chelsea Wolfe, with subtle witch-wave overtones, as in the long litanies "To Be Lost" or "I Don't Care". "Let Me Go" has more rhythm and evokes Austra.

"Mushy" means soft and pulpy. As a whole, the songs are indeed soft and slow, very mournful, with a glacial shift of swooping synths and bass. Mushy manages to create a melancholic, dark atmosphere and to touch our soul deeply. A deep, evocative and immersive listening experience that cocoons you in sensory loss and ecstasy simultaneously. The ideal sountrack for a rainy Sunday afternoon...

The LP is released by Mannequin as a limited edition of 500 copies. The first 100 copies come in a solid red vinyl.

To order the album

Check the pictures of her concert at the Beursschouwburg.

Next reviews
• Playback
<1979> • FM Interface
LED ER EST, MUSHY AND MATTHEW DEAR • Review of the concert at Beursschouwburg in Brussels on 28 November 2012
SYNTHETICA • The End Of It All
POPOI SDIOH • Before And After Party
ORGANIC • Under Your Carbon Constellation
VICIOUS PINK • Vicious Pink
DSX • Anonymous EP
GRENDEL • Timewave : Zero
SKYLA VERTEX • Urwerk