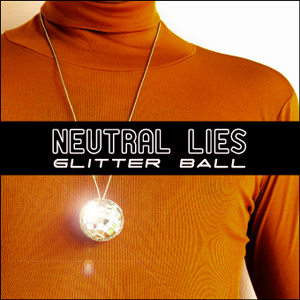 I don’t know what exactly but there’s something special about French band Neutral Lies. They’re making synthpop and the truth is that there are thousand bands around who’re doing this, but still Neutral Lies have a dark edge. Not so dark that you can’t dance to it, but they have a melancholic touch which I adore….just like if they’re still trapped in 1985. You can definitely hear the influences, from Kraftwerk till(of course) Depeche Mode but they’re putting a very personal mark on it.

Taken now from their latest Cryptex-album is the new digital single Glitter Ball. You hear it twice and you’re addicted, simple as that! Apart from the albumversion you’ll also find here remixes by Pankow, K-Bereit, LAA3 and ADN Ckrystall. They all give a different approach to the synthetic world of Neutral Lies.

Well, you don’t have to believe me…just click below to hear their former single and you’ll embrace them immediately, at least if you’re loving contemporary dark synthetic sounds.