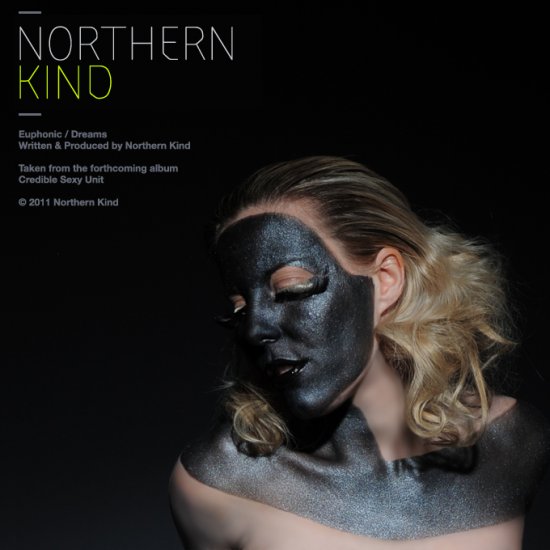 Back in 2007 Northern Kind first hit the scene with the magnificent synthpop anthem 'On And On' and the well received debut album '53°N'. After a second album 'Wired' in 2009, Sarah and Matt are now preparing the release of their latest effort 'Credible Sexy Unit'.

As a first taster, the two give us a Double +A side single 'Euphonic/Dreams' (at least in the days of 7" one would have said so...). The synth-afficinado Matt is, 'Euphonic' is an up-beat track enhanced with lots of interesting synthwork and thumping drum machine beats - add to that the strong vocals of Sarah and it feels very difficult to sit in a chair without hitting the dancefloors... 'Dreams', with it's 5 minutes, is a bit less dancefloor-style and definitely brings back nuances of a certain Mr. Vince Clarke.

All in all, a very good appetizer of what is to follow with the new album, which, hopefully won't take too long. Expectations are high, but I am convinced Sarah & Matt won't disappoint us with 'Credible Sexy Unit'!