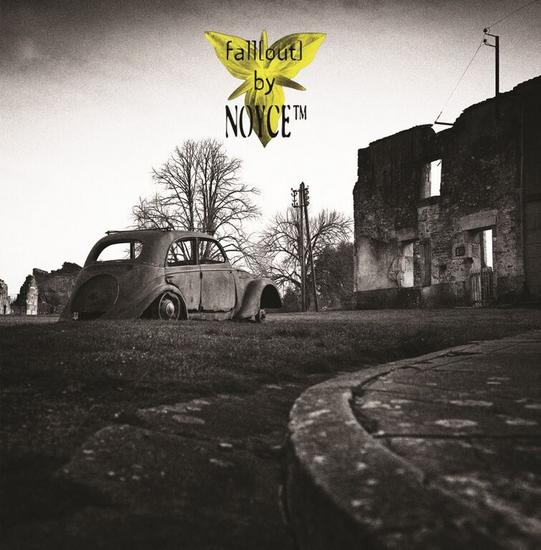 Now this is fun! Noyce TM have been dwelling the scene since 1998, but never they have been able to surprise me as much as they did now. Fall (out) was released by ‘the band’ two years ago, but gets a proper CD-single release through IN-D records anno 2015. On the single 4 versions of the main track can be found, as well a B-side called Love Ends.

The first track is Fall(out) (X10DED), a remix by the band, and starts very melancholic, with echoes of early Kraftwerk, and then slides into an early 80’s style pop beat and finally transforms into a very heavy dance track. Fun! Killer sound. The chorus slips the gear down and has a Diary of Dreams atmosphere… but it doesn’t last long before the heavy beat fills the room again. A very surprising track. Second song is a Rotersand re-work of the same track. To be honest it sounds like an uninspired… remix. Record filler. The third track is a Dominatrix version, which adds a powerful interpretation to the song. Something for the slightly darker clubs.

Love Ends is the fourth track and the only ‘other’ song of the single. Now for something completely different: a warm, tight and melancholic power ballad. A good B-side, but not a classic song. A nice litte extra for the fans.

The last track is the original version of Fall(out), which sounds slightly less aggressive than the first version by the band. A more dreamy approach. Let’s hope this track finds its way to the dance floor, because like hell: you’ll dance!