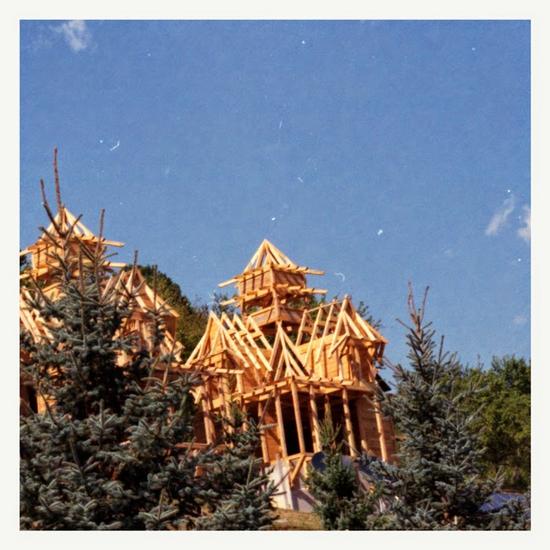 Every year for me, a surprise contender for my end-of-year list appears from the left of centre, the hopelessly emotive or the undiscovered corners of our global musical realm. For example, Stuart MacCullum and Chris Morphitis have provided a couple of recent winners - now Spain's Oso Leone have delivered what might be my favourite album of the year, so far.

Oso Leone's musical blueprint encompasses atmospheric rock, ambient blues and organic, melancholic electronica that doesn't so much shout from the rooftops, it politely clears its throat and makes a solemn announcement, letting the music speak without so much as a riff in sight or earshot. With shades of These New Puritans, Talk Talk (post-Colours Of Spring), Antony Hegarty (vocally in places) and the aforementioned MacCullum and Morphitis, Mokragora is a rewarding listen that demands repeated plays. BBC 6 Music have been on the case already - they deserve a gold star for spotting this one, it's a treasure.

Hailing from Majorca, one can't help but suspect that Oso Leone have utilised their time in the sun wisely by keeping things organic, intricate yet simple and without the need for over-bearing studio trickery or needless reliance on current fads or fashions. Played to perfection, there isn't one duff track, nor is there a mind-blowing stand-out - this is all about one album being one complete journey, a travelogue for our times with minimal lyrics and plenty of inventive interplay - less is certainly much more.

From both parts of the opening Ficus onwards, Mokragora builds up into a succession of highs and, in the case of Cactus, an almost orgasmic religious conclusion. Other highlights include the brooding dubby Monstera and the woozy Clivia weighing in at just under eight minutes with it's insistent 'Liar!' hookline and change of pace mid-way through. Monstera is, well, a monster without being overblown and pretentious. In fact there's almost a reggae feel to the bassline, so much so I can imagine Lee Perry or Mad Professor giving this a good shoeing for a remix.

Crisantemo is perhaps the closest to the Mark Hollis school of atmospherics - barely-audible vocals, slightly affected, fragile even, topped off with scattergun drums and menacing bass hooks, it could almost be an outtake from the band's Laughing Stock sessions (one of the more straightforward ones, it has to be said!). The closing Sanseviera kind of reflects the location in the album's title - Mokra Gora literally means 'wet mountain' and is the name of a Serbian outcrop that clearly has some special meaning for the band. Judging by the track's gentle canter, I'd wager it's a stunning picturesque region to visit. I may be wrong, of course, but one thing I feel right about is Oso Leone's second album - it's worth your patience on so many levels.