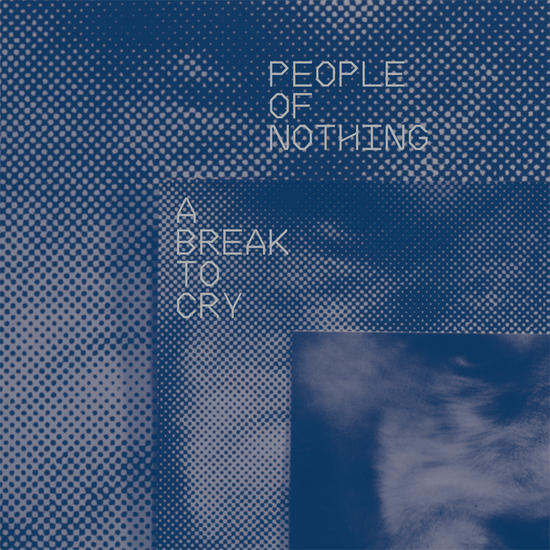 A Break To Cry

Some of our readers might have heard from the French coldwave/postpunk-outfit A V G V S T. This fine band have now released on their own Anywave Records the debut EP by People of Nothing which is a cold wave/indie-project fronted by Florian Chombart. Along with three other members from all over the world Florian is trying to capture the missing like between post-punk from the 80’s and shoegaze, added with the isolation you feel when you put on Blade Runner by Vangelis.

Not my words, but theirs and yet, you can say that they hit the needle on the right spot. You hear indeed echoes from My Bloody Valentine or even some Chapterhouse, but you also hear the energy from say Magazine…or even (and that’s found by me !) the weirdness of Krautrockbands like Can or Faust.

Their first EP is a digital 4-track one and it features 2 remixes by A V G V S T and Montebourg and that makes it an excellent teaser from their upcoming album which is set to March 2014.