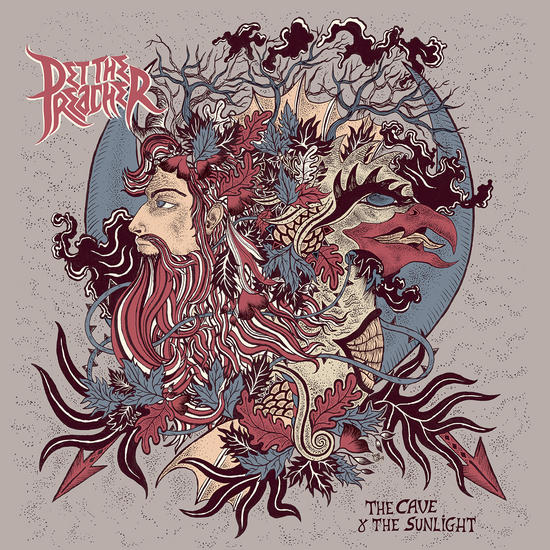 The Cave & The Sunlight

They describe themselves as heavy stoner rock and that might be the right description, as I wanted to add grunge. I enjoyed this trip!

The first track 'The Cave' has a nice retro guitar sound, just as the voice of Christian Hede Madsen! This guy’s voice rocks and is really impressive! This track somehow reminds me of the early years of Pearl Jam. 'Let your dragon fly' has a higher tempo and really explodes in your ears! The roaring guitars speeds it up and reminds me a bit of the early Black Sabbath & Motörhead tracks! I really go crazy on it! Start headbanging and built a party! I cherish the drum solo and the bass play! WOW! Blown me out of my socks!

'Kamikaze Night' starts with nice drums & bass, almost on a tribal vibe until the heavy guitars and the vocals gets their time and turns it into a great rocker with a bluesy accent! 'Remains' is more country blues rock minded with an Alice in Chains accent. We also get a grunge kick with 'Fire Baby'. Nice lyrics and bass play! All well mixed!

'The Pig & The Haunted' is also a jewel of a track, love the fat groove and roaring guitars and majestic bass play! 'What now' is even heavier than the previous track with an epic sound and lots of musical twists (even on the vocals and with a Nirvana feeling in it). This one really shows off their high potential! 'I'm not gonna' feels like a logic follow up!

'The Web' is already the last track, the most epic one of all & with a Nirvana & Alice in Chains feel in it, a pretty groovy one! Don't expect a big boom in the end, just a slowly fading out...

I had my fun with it! I hope lots of fans will grab this one or at least will read this review and want to check them out, as they are really worth it! Thumbs up and up to the next one!