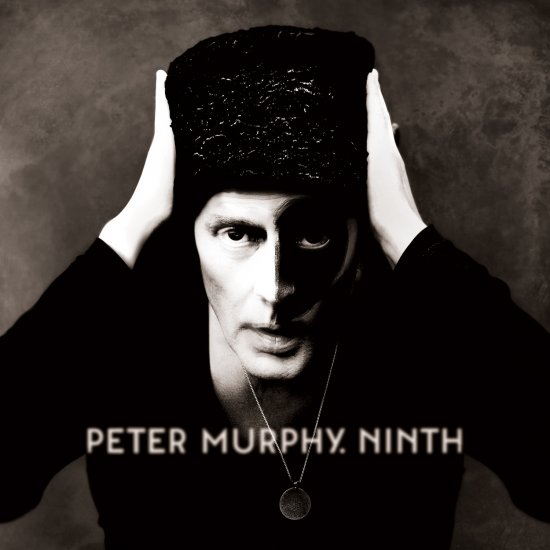 Apart from a few minor hits, you can’t say that The Gothfather’s solostuff was that successful in Europe and a lot of that has to do with the American character of these records.
Besides apart from his typical vampire voice, you can’t really say that his solowork has that much in common with gothmusic.

Anyway, “Ninth” is like the title suggests Peter Murphy’s ninth solo-album. Once “Velocity Bird” came out of the speakers, we thought we’d put an Iggy Pop album in the cdplayer but joking aside, “Ninth” is actually quite a good record.

As expected, the album is a characteristic work with the obligatory hits and misses, but tracks “Seesaw Sway” or “I spit roses” are up there with the best of Murphy’s writing in recent years.

“Ninth” could even be Peter’s best solo-album ever, even if we can’t escape the feeling that at the end we heard something like a better recent David Bowie-record.

Murphy fans will be delighted, but the rest won’t lose sleep about, just as they didn’t care for the previous eight.