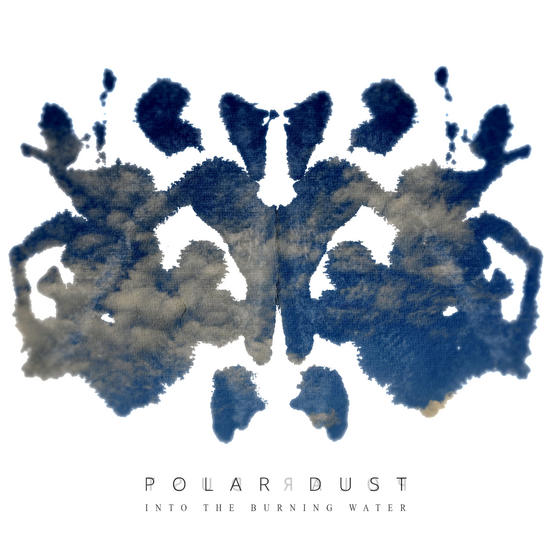 Into the Burning Water

For years Iceland has been a special and amazing country for music. Different mixing styles and several incredibly original bands with international acclaim have emerged there. That is rather astonishing when you realize that the country has a population of 325,000 inhabitants, two thirds of them living in or around Reykjavik. As soon as you start making music in Iceland, you probably know all your other fellow musicians in a short while, but that does not explain why so many people are so creative on this island, lost on the border of the arctic polar circle. It remains a mystery…

So, is Polar Dust the next GusGus, Sigur Rós or Björk? Not really, because even though the band was created in Iceland eight years ago by Sara “X” Eksteen, singing and playing guitar, it is only when she went back to her homeland in South Africa in 2010 that the band was reborn in its current incarnation, with Mark Trafankowski on drums and Alexia Cocolas on bass. The band is now based in Johannesburg, but having its roots in the frozen volcanic wastelands of Iceland, gives Polar Dust a unique sound that you certainly won’t expect of a band from South Africa. The music evokes more often the ice of the arctic than the hot sands of the Kalahari.

In the bio and on the Facebook page, Polar Dust describes its music as “electronic rock”, which is surprising, because even though keyboards can be heard on most of the songs, the album does not sound electronic at all. Reading this electronic reference may be misleading and you would expect the typical sound of rhythm boxes and/or electronic drums, but instead you get real strong drums, preponderant on most songs. Similarly, synths are present, but discretely, adding some atmosphere to the songs but never overshadowing the bass, the guitar or the drums.

Instead, this album sounds very rock-oriented, somewhere between alternative and post-punk, with some reminiscences of gothic or even symphonic metal. Basically, all songs are very much vocals/drums/bass/guitar driven, precisely in that order because of the mixing, and probably because this is how the band wants to sound; most of the songs are structured around the vocals and the drums. The emphasis is on Sara’s voice, being clear and strong, sometimes lyrical, while the drums are extremely powerful, detached from the guitar, the bass and the keyboards. One exception might be Deep End, completely structured around a bass line that directly talks to your body.

So, seeing them as an electronic band is inaccurate, and maybe by looking at the pictures of the band members that accompany the album release, you’ll get a better understanding of the origins of Polar Dust’s music. Each of the four band members is represented in one of the four classical elements (earth, air, fire and water) and portrayed in a death scene at the moment that the soul leaves the body. Cheerful, isn't it? This series of sepia photographs is superb and a work of art in itself and directly relate to the gothic side of the band. This imagery was a specific request of Sara, who further explains that this is an album that “questions our ability to know when to detach from getting too involved in a moment by overanalyzing and dissecting our own minds and so self-destruction takes place”.

Well, even though this is not pure gothic rock or post-punk, there are some cold elements in the music. And maybe you will smile while reading Sara’s psychological assessment on the album, but a further reading of the bio will make clear that she started piano lessons at 6, followed by classical guitar a little later, that she moved on to bass when she was teenage and played in punk and metal bands, whilst working as a DJ. That shows you that the lady knows something about music!

And not only does she (or they) compose strong melodies, she also sings really well. Besides the two tracks that open and close the album, which are instrumentals, Sara’s powerful chant is one of the key elements on all the songs and, while listening, it shall not surprise you to read that she played in metal bands as a teenager.

Once the rousing intro track Ejected, with guitar riffs that Robert Smith would not have been ashamed playing, is over, the album really begins with Drown in You. Let’s face it, it sounds a bit like a soothed version of Evanescence. Nothing wrong with that, on the contrary, one may assume that if Bring Me to life sold more than 1 million copies in the US ten years ago, there should be a broad audience for songs like Drown in You. All comparisons to existing bands set aside, this song, as much as all others on Into the Burning Water, is really mighty and catchy.

Actually, the whole album somehow feels like a live recording. Not in the sense that it is rough or noisy, but because it captures the raw energy that bands generate on stage, probably again linked to the predominance of the drums. The sound is clear and sharp, without too many effects added during the mixing. Listening to the intensity of the intro of Nerve, with all the instruments at full strength, you get the feeling that this one will be a metal song, but things calm down, just a bit, and instead of turning into a turmoil of sounds, Polar Dust manages to keep the pace at a moderate level and the energy intact. Just brilliant.

And while talking of metal and hard-rock bands, a few of them managed to create some of the most superb ballads of all times. Into the Burning Water shelters two such gems: Paranormal Love and Man Down. Those songs will let the thrill run through your body and bristles your hair!

Let us be clear: Into the Burning Water is absolutely not a metal (symphonic or not) album at all. This is pure high quality rock but if you listen to the album in its entirety, you’ll hear some drums, guitar riffs or even vocal parts that may fit into a metal song. One thing is certain, if you like the album, you will also be eagerly waiting for the band's next tour, because this water is definitely boiling! 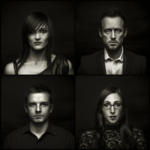 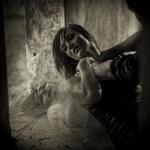 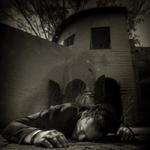 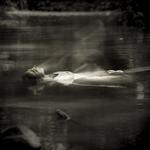 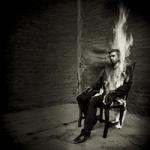 Other reviews from POLAR DUST
POLAR DUST • Into The Burning Water