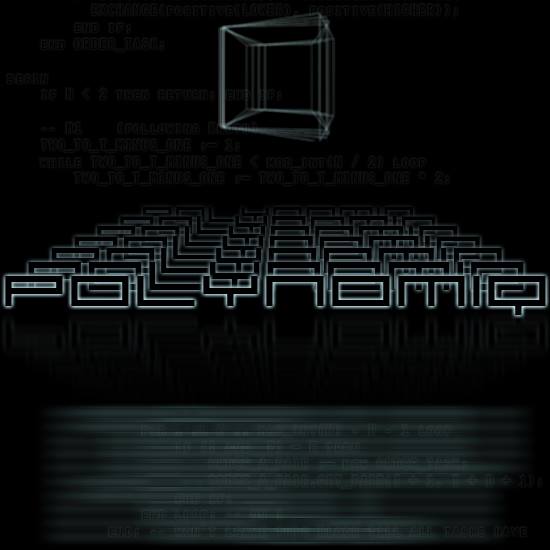 Peek-a-boo had the exclusive opportunity to preview the forthcoming album of PolynomiQ, the brand new solo project of JM Mélot, the Belgian composer and synth wizard (also in Modern Cubism, ex-MED). Being an IT professional and a fan of analog synths, Mélot has composed 9 instrumentals that are all named after mainframe computer languages, like Cobol, Fortran, etc. Nice idea!

The music is reminiscent of Kraftwerk, of course, but also of Jean-Michel Jarre, YMO, Vangelis or other Belgian projects like Metroland or Dan Lacksman. There are no vocals, only a few vocoder words and one sample from an interview of Brigitte Bardot ("La vie ressemble à une grande prison", in the song "Ada"). On "Algol", you hear magnificent synth sounds that evoke John Foxx. My favorite track is "Fortran", probably because it is more upbeat, more powerful.

Mélot has recorded the tracks in his own studio, "Geometry For Numbers Studio", located near Charleroi. The synths he used include vintage legends like Roland JX8P, Oberheim Matrix 1000, Crumar Bit01 or Roland Alpha Juno1. The album will be released in the next few weeks, as soon as Mélot has selected a label.

You can hear excerpts from the 9 tracks from the album here or check the trailer on YouTube below.