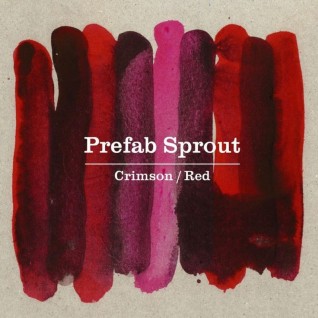 I’m always on the forefront if it comes to greeting old heroes back. One of them is a certain Paddy McAloon. Who you say? Well, the guy who once made one of the best pop albums ever…Steve McQueen that is, made by his band named Prefab Sprout. I never thought that he would ever return to Planet Earth again. Just like that other genius (Mark Hollis from Talk Talk), Paddy said stardom goodbye by locking himself up in his studio in Newcastle. The story goes that he made there tons of albums that got never released. But then it happened…out of the blue: there it was on the radio…that song! “The Best Jewel Thief In The World”, simply the gem of 2013. The sirens let you think that you’re chased by the police, but the essence of it all was just this: pop was back!

A new full album by Prefab Sprout is out now and it has to be said: the other nine songs are top as well.

Time might not have been kind to him (he suffers from both ear and eyesight) and he looks as surely as confused as Beach Boy Brian Wilson but the man hasn’t forgotten how to write a toptune. It’s actually true that he’s done nothing new as Adolescence could have easily been on his previous masterpiece Swoon and List Of impossible Things sounds indeed like a forgotten bonus track of Steve McQueen.

But then again, that’s exactly how I wanted this record to be: a real Prefab Sprout-album…and Crimson/Red is one!

It’s by far the most brilliant pop album you’ll hear this year… The king hasn’t lost his crown, let’s just hope this is not his swan song as this world definitely needs a man like Paddy McAloon!