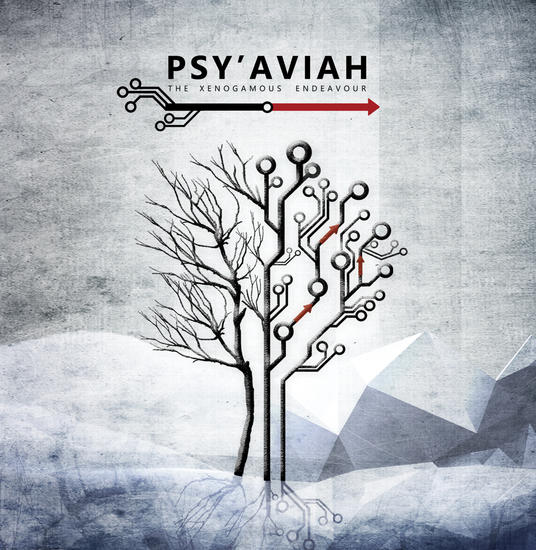 From one thing you can be sure: Yves Schelpe keeps it very interesting. Due to circumstances this Belgian artist had to replace his former vocal pearl by a whole bunch of other people.

If you listen to the first track you'll notice some nice beats and a catchy sound with vocals that reminds me of Technoir with Julia Beyer. Does your heart beat faster now? Lis van den Akker has a marvellous and very sexy voice. Yves just has created the right music for her!

A bit more poppy and sweeter, but also very catchy is Sacrifices. Strange enough there is that Julia Beyer-feeling coming up again. Master crafting in the studio, that’s for sure, and a song that invites you to dance and jump up and down.

The next one is done by Mari Kattman: more soft and dreamy and added with a great dose of melancholy. Miss FD brings some more break beats it and sounds a bit like an underground version of Lady Gaga in an SM-pose. Her vocals are pretty monotone, aggressive and sometimes smooth as a nightingale or even like some whispering angel. It really feels like if she is fighting against the beats.

Diana S. is more like an interlude, and something I tend to skip. Sorry about that folks! Before I Die sounds like some foot stomping hit that can stand a chance on the dance floor. The next song is with Yves Schelpe himself behind the microphone and that’s a very positive surprise! Yves should do it more! The result sounds a bit like Diskonnekted: both vocals and music, that is a good thing and also released on the same label. It gives you some Eurobeat-sound!

On my mind has an even bigger Eurobeat-sound, this time with sweet vocals from Lisa Nascimento. Kyoko proves again her quality (The Parts You Can't See), while Never enough works its way into your head, just like a musical earworm! Suzi Q. Smith has a nice spoken word track that could be played on all national radio stations. The lyrics are definitely worth reading, a nice gimmick!

His newest offer is for sure the best one that Yves Schelpe created so far! It also feels like a “best of” and has enough variation to please everyone! For sure one of the albums of the year!

The second CD with remixes is very surprisingly, kind of Teknoville- and Lounge Bar-minded. It sounds very commercial and perfectly worked out by the best DJ's! Once again, a nice surprise!