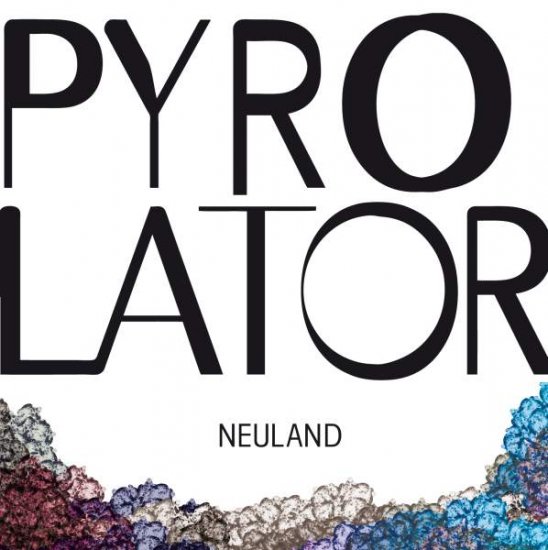 Again some German history by Bureau B. Pyrolator has been around since 1979, but it's been 22 years since they (or he because it's only Kurt Dahlke) released an album. Now the former keyboard player of Fehlfarben, DAF and Der Plan is back with "Neuland". All his solo albums are titled with "...land" so it's been since 1987 (Traumland) that he has done a solo album. His first album "Inland" defined a whole history of German music in one album and was a landmark in the electronic music scene. Kurt never got stuck in one genre however, his music varies from soul to industrial, leftfield to new wave, synthpop to funk...

One thing I can say is that the whole album has a very urban or cosmopolitan feeling, going back to the 90's eurohouse and leftfield music. Something I'm not exactly waiting for. It may sound pretty good at first but after a while it just seems as a waste of time to listen to these early Laurent Garnier-like tunes. They don't seem to be going anywhere and after a few listenings, making it through this album is quite an effort.

There are very few good moments. "Another Drippy Day" has a slight futuristic sound and contrasts nicely with the natural, soaring (Biosphere) ambient of the next track, "Merapi". Maybe that contrast is something Dahlke should have exploited further? With the next song "Char", it's unfortunately back to the sillyness of eurohouse... as is the rest of the album. Low-point is the horrible dancetrack "Irresponsibly Happy". It might well be the next summer feel good hit. Ultimately, his new land won't be visited by me anytime soon... A disappointing album.