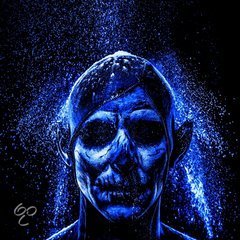 Glenn Keteleer aka Radical G. brings us on his new album ‘Mankind’ 11 tracks of raw technoid beats. This Belgian producer knows how to make some pounding danceable songs. You could say that Glenn is one of the best Belgian techo/body producers at the moment.

His album shows us a diversity of electronic tunes, pure techo, minimal, EBM, even underground sounds. A real dance bomb that will blow your brains out. No doubt this album is the start for Glenn of a more international career, and as a result the interest and fascination for his project may increase.

Radical G. kicks off with 'Tango Avant La Lettre', minimal tunes that slowly flirt with some raw beats. Dark sounds with a really powerful sound, more of that on the track 'Kong', on which the beats are turned to a higher level. Scary and danceable in body and mind, like most other tracks on this brilliant album.

Aggressive technoid pieces, that balance between hardcore techno and EBM , even some 80 influences can be heard. This CD shows us the other aspect of pure electro, perfect and intensely built up tracks. On 'Canned Hunting' there are even some robotic vocals and samples, that lift this track to a higher level. Personal favorites are 'Fury' and the acid sounds of 'Kryptonite', hard to sit still on these tracks, and they carry you away to a dark club to dance your socks off.

This album will terrorize numerous dance floors, with beats and basslines that cut directly into you body and mind. This Belgian underground producer is here to stay, and will go up into the dance charts all over the world. 'Mankind', gives people positive vibes, and that is really important in times like these.