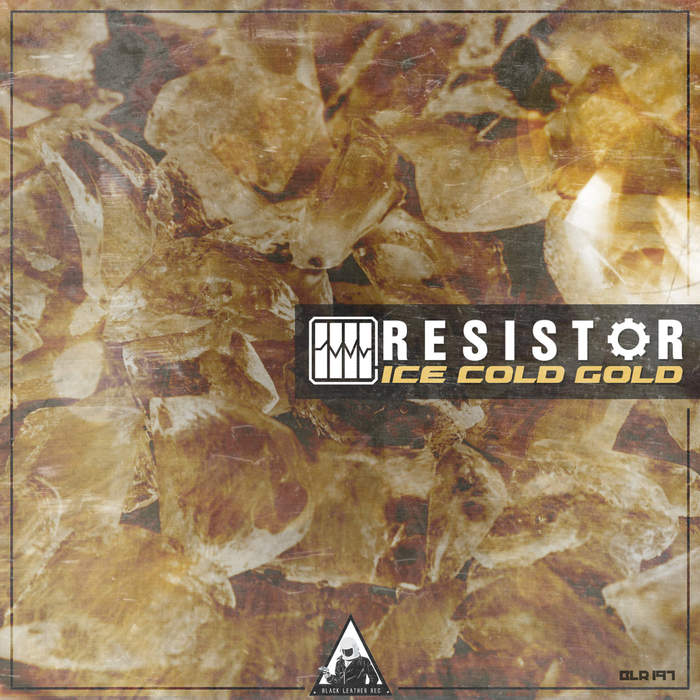 Resistor is a band from Bogota, founded by Leonardo Jaime. Old-school EBM (Electronic Body Music), rooted in power, domination and rebellion. The album contains 11 droning, hard hitting EBM songs, full of aggression and rage that makes you think WTF! It may not be necessary to mention that a number of politically sensitive topics are addressed.

Resistor's music is built-up with hard-hitting rhythms in a repeating cadence, with an alternating melodic, the aggressive, mood and tone. Breathe, Cliche, Dopamine and Electricidad Total sound like a repeated attack on your eardrums.

Energy, healthy aggression and power at full force, no more no less!

With the tracks Fear, Pain, Hatred and Power we also get an impression of Resistor’s live capabilities and this seems to sound more than ok to us.

The tempo slows down a bit with the title song of this album Ice Cold Gold, only to gear-up and accelerate quickly after Mercenary Angel. A stomping and danceable EBM classic in the making. Next we are treated to some retro sounds on Moloko. You could even describe it as a minimalist EBM song. Then, it’s like being pulled through a time machine landing back in 2017 again, with a very danceable song. It is still reminiscent of old school, yet it has a techno-sounding edge in the drum-programming. It shows Resistor does not get lost in the EBM barrel but sounds contemporary. The track Resistor is like the bands ode to the EBM music style, sung in German which gives the song an even more aggressive touch. The song Shock is a worthy closure track for this great CD.

It’s clear Resistor will keep the underground awake in Bogota, Colombia and far beyond its borders with this very strong EBM album. It’s seems they have learned well from listening to some of the (also Belgian) pioneers of their beloved music genre and made it their own in the best possible way.