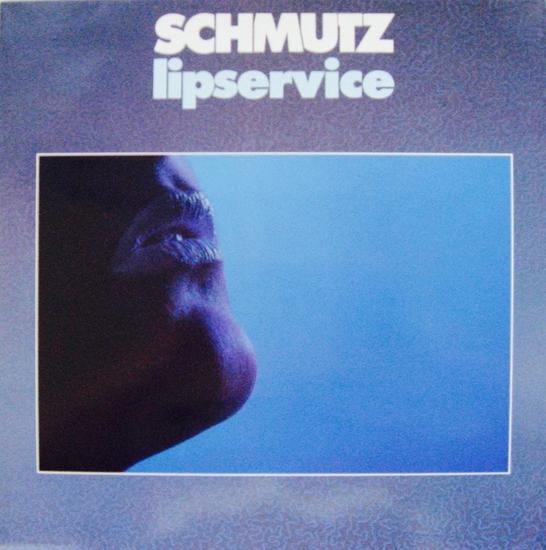 Neeroeteren, anyone? Well, it is a place in Limburg (Belgium) where nothing ever happens, but those who have an interest in Belgian pop perhaps know that it is the hometown of Schmutz. Despite their German name, they sound very Belgian! Even very very Belgian!

Guy Peeters (vocals), Johan Tyskens (bass), Jo Exelmans (guitar), Jos Claessens (guitar) and Marcel Vermeulen (drums) only recorded one album, and it is hard to categorize their music. As their album Lipservice from 1984 was produced by Herwig Duchateau (who was back then in Scooter, a very popular Belgian hit band) it was clear that the band was aiming at a wide audience. Their single Love Games reached the Belgian charts, but that was their sole taste of stardom.

It is kind of weird that their dance pop was embraced by the new wave fans. Their debut featured all their hits (Livin’ It Up, Straight From The Heart and the underrated Hold Me that is probably the best Belgian ballad ever written). They surely weren’t aware of it during the 80s, but Schmutz had a very personal sound, something like Level 42 seen through Talking Heads eyes. A style that was quite popular in Belgium, as both Luna Twist and Twee Belgen did the same.

Recently the band reunited to do some gigs, who knows that one day there will be another album. Let us hope, as this world definitely needs another tune like Hold Me.