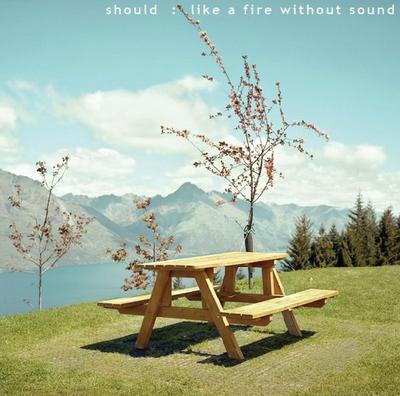 From time to time it’s quite hilarious if you’re reading some promo letters you get from record companies especially the bands they’re comparing their new darlings with.

Sometimes it makes you investigate if they haven’t sent you the wrong cd. Take Should for instance.

In 1998 they released an album named “Feed like fishes” and it became a sort of underground hit for shoegaze fans who were reading back then magazines like “Losing today”.

Thirteen years later this American band is back with a new album on Words On Music (home of For Against) and even if they drop names like Brian Eno or Yo La Tengo, it just makes you say “naaaah…”.

“Like fire without sound” is just like if you’re listening to a minimalistic form of Slowdive. So yes, we mean the “Pygmalion”-cd.

What’s very nice on here is that you hear at the background some strange sounds which give it a schizophrenic feel, or is it just me?

These wonderful fairy tales which are sung by the sweetest female vocals you can imagine makes this a very beautiful record to dream away to and one that deserves to be typed out as dreampop.

And hey, thank God it didn’t sound like Yo La Tengo at all!