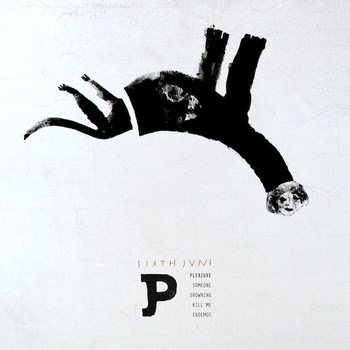 Since the day Sixth June were part of BIMfest, I always had a very special love for this Serbian duo. The music from Laszlo Antal and Lidija Andonov sounds indeed very 80’s, but at the same time contemporary as well. I know, they’re not the first who are doing such things….just read our mag and you’ll find plenty of them.
The only thing is that it often feels like Sixth June are just a bit better than the others, just like if their songs are classics themselves…. Indestructible monuments on their own. Yeah, Ireally use such big words.
After hearing their brand new 5 tracks 12'' EP Pleasure, I feel like to use these words again....

A song like Drowning is like the best thing I’ve heard since….say Snowy Red. Kill Me is early Clan Of Xymox melted with X-Mal Deutschland. Analog synthesizers, that irresistible voice of Lidija, those melodies that keep on haunting you. In short: Sixth June are just everything you expect from a splendid band! In the past their music has already been compared to John Foxx or Xeno & Oaklander, and that’s exactly how it sounds like! And who knows, even more!

The band already has released material on Genetic, but their newest EP is out on Mannequin, one of today's Germany's finest label.
One listen and it's enough to know why Sixth June are important. So yeah, extremely recommended and dangerous to get addicted to!