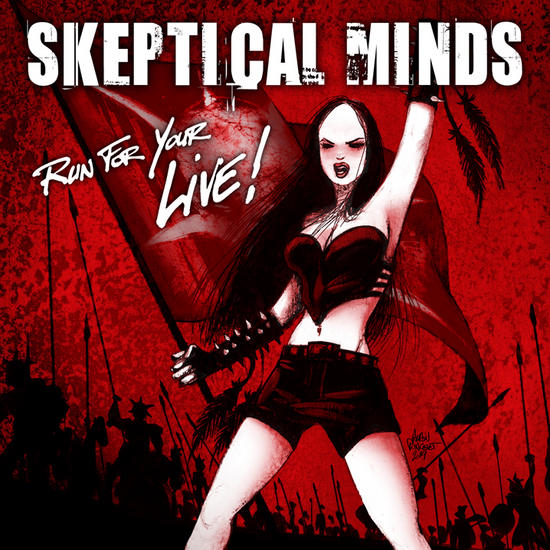 It all started ten years ago with First experiment and after that it all went pretty fast. Just check out their CV and you'll see why! Now they finally release their first live-CD, recorded at one of the finest metalfestivals: The Metal Female Voices Fest! They played a set of 10 songs and rocked until the roof was on fire!

I must admit that some tracks come pretty close to the sound of The Breath of Life (not only the vocal wise, the cello or violin, but just the whole concept) and as they're one of Belgium finest female fronted bands ever, that counts! Their mix of electro, industrial and metal with the voice of Karolina Pacan has requested a passage to your heart!

Coming back to the tracks, we start with Inertia: a soft opener driven by the beautiful voice, while Skeleton Key makes the room explode. After that they play Rotten Fruit from their first album, the energy level even rises more. The new track Dictator gets a bit harder, making the fans clap harder and react more and more to the released energy. The temperature rises!

Madness from their first album slows it all down, but shows off the vocal powers of Karolina and creates a more emotional feel. No way out speeds it up again! One of the best tracks is without any doubt Broken Dolls where they get some vocal help from Iliana Tsakiraki from Meden Agan: the duet is just perfect! Someone new and Living in a movie announces the end of the set: the last blast is given! It sounds like a perfect ending and a perfect anniversary gift!