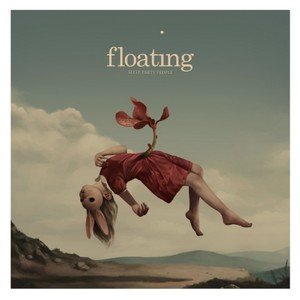 The Danish multi-instrumentalist Brian Baltz gets his inspiration from the works of Boards Of Canada, David Lynch and Erik Satie. The result is a freaky electronic alternation of his recorded voice, creating an aerie, hypnotic sound.
The result is creepy, but strangely uplifting on a song like (the instrumental) ’Death Is The Future’ or feeling like “Floating” in oblivion with a threatening undertone during ‘I See The Sun, Harold’. Most of the part the high, soft voice and the “Floating” character of the songs remind of acts like Mercury Rev or Sunny Day Real Estate on their quiet moments. Listen for instance to ‘Changes In Time‘, ‘Floating Blood Of Mine‘, ‘A Stranger Among Us‘ or ‘Only A Shadow’ and ‘Scattered Glass’.
Strangely enough the best song is the most accessible, at least with it‘s ordinary, but hypnotic riff. This song, ’I See The Moon’, gets special because of the association between the down to earth music (riff) and the “Floating“, not of this earth female voice. It’s working wonderfully well.
SLEEP PARTY PEOPLE is like the mentioned bands something you love or hate. There’s no go between, because of the strange, but admirable approach.