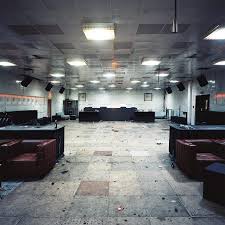 Caught between the devil and the deep blue sea of triers Editors, The Killers, White Lies and Hurts, London's Spector haven't quite attained the same level of adoration as the above quartet with previous releases, despite notching up a Top 20 album with 2012's Enjoy It While It Lasts.

Their BBC Sound of 2012 nomination seems a lifetime away. Moth Boys is all very earnest, precisely executed and ultimately a bit humdrum. Lyrics like "You're lying in the bedroom of my mind.." isn't going to win onlookers over, although as a song Don't Make Me Try is easy-going indie hokum. Decade of Decay emulates John Foxx's Golden Section era with its pulsating synth-bass throb and quick-step drum-machines, a homage I'm not convinced is intended. Moth Boys isn't exactly balls-out indie-rock that'll fill arenas but it's decent enough for a synth-pop splurge, should you desire it.