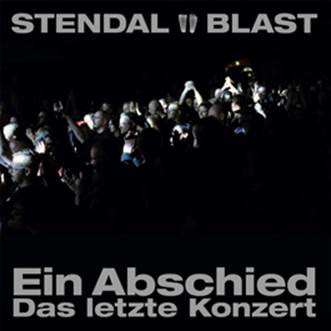 If you are interested in underground music, then you definitely came across Stendal Blast, especially if you have a passion for German acts. This band from the Ruhr area was founded in 1989 with Einstürzende Neubauten, Die Krupps and Throbbing Gristle as role models.

What started as a joke, became serious when the band from Dorsten went on tour with Calva Y Nada, and later signed a contract with Chrom Records (the label that released the albums by Deine Lakaien). Kaaja Hoyda’s band soon became popular, although no one could label the music. Some songs were EBM-oriented, others were Neue Deutsche Härte, while a lot of music fans saw them as a pure punk band. Probably no one will ever know, but one thing is for sure: Stendal Blast is a band that says exactly what it thinks. The lyrics were funny, but always critical. The anarcho-punk wasn’t always appreciated by the public, and Stendal Blast was both loved and hated. The band released albums that became cult classics in Germany (Was Verdorrt, Alles Liebe and Morgenrot).

Anyway, in 2013 the band decided to drop the curtain after fourteen years with a farewell concert in Leipzig (at the Moritzbastei, a venue which is known among WGT visitors). Three years later, Stendal Blast’s latest record company (Dark Dimensions) releases this final gig on a double CD. It’s indeed the ultimate gift for all the fans, but also a perfect introduction for those who aren’t familiar with Stendal Blast’s music.

Of course understanding German is an absolute bonus if you want to enjoy Stendal Blast’s music, as almost every chosen word has a high dose of irony, not only in the lyrics, but also in the introductory text by singer Kaaja. Funny, but hard. Indeed, freedom is not the ability to choose between ten types of meat salads in the supermarket. Freedom is something, well...completely different.

As announced at the very beginning: Ein abschied kann ein Fest sein (a farewell can be a party), and that’s the essence in a nutshell as Ein Abschied-Das Letzte Konzert leads you through nearly two decades of German electro rock punk.