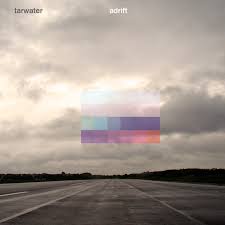 Perhaps a little less rooted in progressive electronica than most Bureau B signings, Berliners Tarwater nonetheless retain the label's experimental bent with their twelfth studio-album. Adrift is a headphones album comprised of vaguely cross-genre songs that borrow from post-rock, Prog, dub and minimal electronica, as well as the occasional instrumental interludes such as the pretty Devon Saturday and the tribal Inreturn. Tarwater's triumphs tend to be the most insistent inclusions such as the near-dubstepping romp Log Of The Sloop and The Evening Pilgrims which isn't a million miles away from some of Suicide's mid-period work, vocally at least. Engaging work, if a tad disjointed in its running order - the second half of Adrift is really rather special compared to the first.