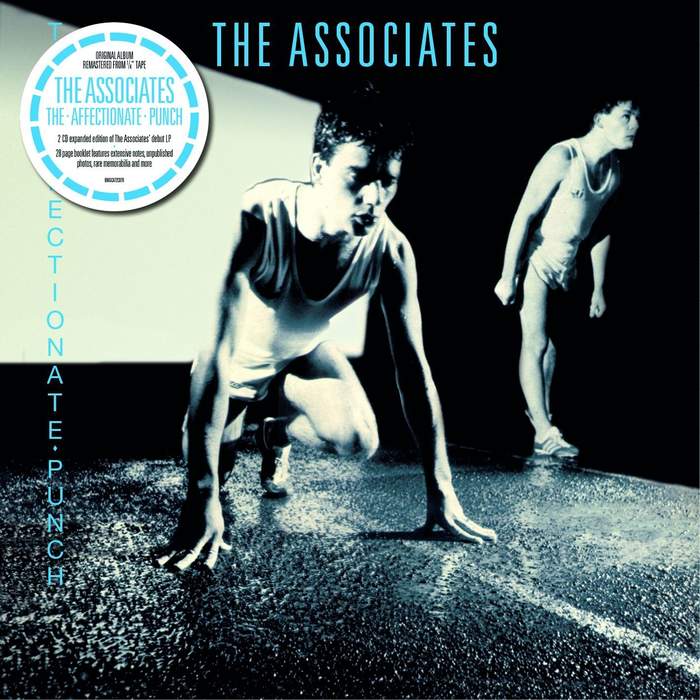 Although recently revisited for reissues not too long ago, these 2xCD expanded editions of Billy Mackenzie and Alan Rankine's key oddball albums of the early '80s serve a greater purpose. Terrific sleeve-notes from Billy Mackenzie biographer Tom Doyle and respected writer Martin Aston and extra discs full of rare or unheard songs only add to the educational heritage. There's also a double-disc compilation on offer for those dipping a toe in the water for the first time - this has a few rarities as well, enough to lure fans such as myself.

Debut-album The Affectionate Punch appears in its original form (it was misguidedly remixed by the pair for a 1982 re-release) and as such stands up as a quirky inaugural journey into the mind-expanded world of Dundee singer Mackenzie and Linlithgow-based studio-savvy musician and composer Rankine. Back in 1980, very few albums were comparable. Perhaps Tuxedomoon's Half-Mute, The Human League's Travelogue, John Foxx's Metamatic and Bowie's Scary Monsters and Super Creeps (as well as his earlier Berlin trilogy), all of which possess rhythmic similarities, lyrical references and evidence of harsh, industrial, urban landscapes mixed with the occasional narcotic dabbling and early member Michael Dempsey (The Cure) filling in the musical gaps.

It's an album of contrasts - A Matter of Gender is classic post-punk disco-funk while Logan Time is a brooding menacing ballad that showcases Mackenzie's gymnastic yelps. Even Dogs in the Wild exudes a surfeit of confidence and hints at the pair's Scottish legacy (fist-pumping anthemic rock, not unlike The Skids or Fingerprintz). By Bounce Back and A, you wonder just how this enigmatic stack of songs failed to crossover (in their original form or reworked). The track Deeply Concerned is The Associates at their most luxuriant and least precocious - a beautiful understated song with references to a missing person and the killer lyric, "Last time we heard she was crying/ We feel for you deeply concerned/ If you needs us, we'll be helpful/ Hopefully..."

Extras include the brave Bowie-cover Boys Keep Swinging, its intense flip Mona Property Girl, some of the aforementioned remixes plus early demos.