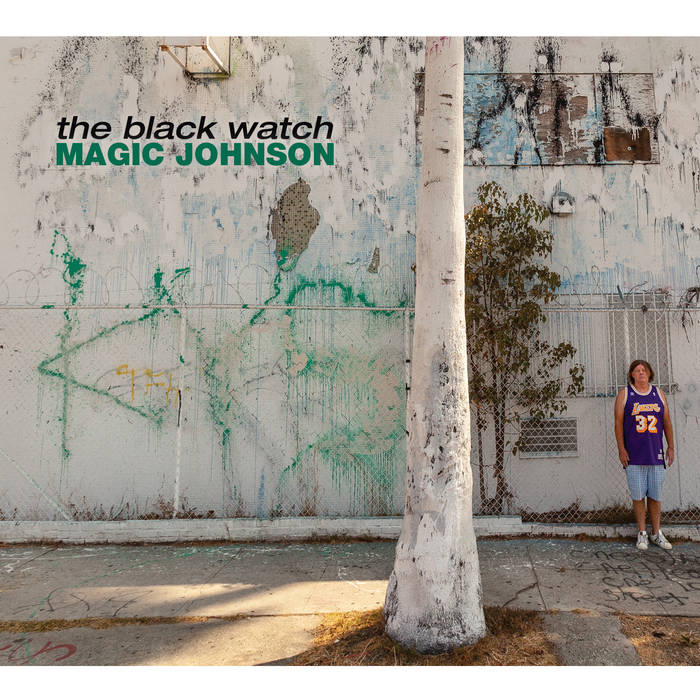 After 32-years in the business, The Black Watch still give audiences a lesson on how music should sound, the importance of independence and freedom to create what feels natural. The latest welcome release by the John Andrew Fredrick spearheaded outfit, is a curious mix of addictive brilliance under the title of Magic Johnson, which follows on from 2018’s Witches!.

The kaleidoscope of color from Santa Barbara, California, shines within the feel good sound of The Black Watch. Accompanying John Andrew Fredrick on this long-player adventure is Scott Campbell (Acetone, Carina Round, Stevie Nicks), Andy Creighton (The World Record), and Rob Campanella (The Brian Jonestown Massacre, The Tyde). A hefty amount of talent, and Magic Johnson revels in the extremities they bring to the party.

Over twelve tracks of conceptual adoration, The Black Watch pay tribute to the LA Lakers legend Magic Johnson, inspired partially by a chance meeting that took place between Fredrick and the historic Basketball player. The lasting impression of triumph over adversity left its imprint on John, as this album is an emotionally charged affair that manages to ooze with positivity.

Kicking off proceedings with “Mad”, it is instantly recognizable how all the factors are in place of classic Black Watch. The sound is predominantly fresh with the melodic guitar patterns galvanized by the dramatic vocals of Fredrick. “April Fools” is a beautiful, assaulting ballad, whereas “Get Me Out Of Echo Park” is a subtle, shoegazing slice of ethereal goodness, with a tremolo bending the atmosphere. Here, the wall of guitar patterns purposely try to drown out the vocals of John Fredrick.

The lyrics throughout Magic Johnson are inspired, the sound is such a pleasure that it becomes an affair of addiction. “Me & You & Me” is an urgent cry of companionship, the noise generation of distortion is a pleasant constant. “Upsy-Daisy” gives an underwater effect to the vocals as the music switches direction, perhaps one of many standout of the set, with a shimmering sunlight quality. In a switch, the acoustic guitars come into the context of the album in “Arcane Constraints”, dreamy vocals and speaker blowing piercing riffs make the midpoint an experiment of pleasure.

A flourish of synth before the crack of a drum opens “Oh Mary”, delightfully reminiscent of a Scott Walker style-sixties track. “Down Harm’s Way” has an acoustic drive with a pure, early nineties feel to it. Fantastic vocal effects add to the tension of the vocal delivery. And here we come to the title track “Magic Johnson”, the final work of orchestral art, a stripped back sound without the crank of distortion or even electricity. This is a wonderful closer to the album, an emotional, short epilogue to the Lakers legend.

The fun does not stop there, as an added extra, the album includes the “Paper Boats” EP, available on CD, download and of course streaming. But, The Black Watch news does not simply stop there as further releases have arrived. Apart from the Magic Johnson release there is The Completed Works: 1988-2019, every one of The Black Watch songs ever released available only on a limited USB from Atom Records. There is also a single disc edition 31 Years of Obscurity: The Best of The Black Watch: 1988-2019 or for completists the The Vinyl Years: 1988-1993. Basically everything you ever wanted by this fabulous band arrives at the one day, mouthwatering to say the least.

3.Get Me Out Of Echo Park

8.Knowing It Won’t Come Again (Has Made It All The Sweeter Then)