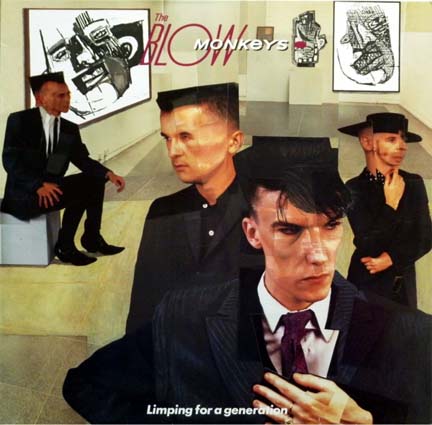 Limping For A New Generation

Funny that no one seems to be aware of this album. This album that was released in 1984 and is made by the band which is fronted by lead singer Dr. Robert (born Robert Howard),

The music here has nothing to do with their major hit "Digging Your Scene" which made them world famous. The album is even far away from sound of the band's second album Animal Magic.

Now the album is considered as “a masterpiece but which did not attract commercial success at the time”.

This hidden gem so far could only be found on several blogspots, but now it is released as a 2-CD deluxe edition with a whole bonus disc of previously unissued demos and B-sides.

Some say they heard some Smiths and Style Council-influences on this album, but someone who knows his musi history will think of a band like A Certain Ratio, as just like them The Blow Monkeys combined funk with a new wave sound.

All classics that everyone forget. Definitely worth to rediscover, even if you hate their more known sound as this is something different!