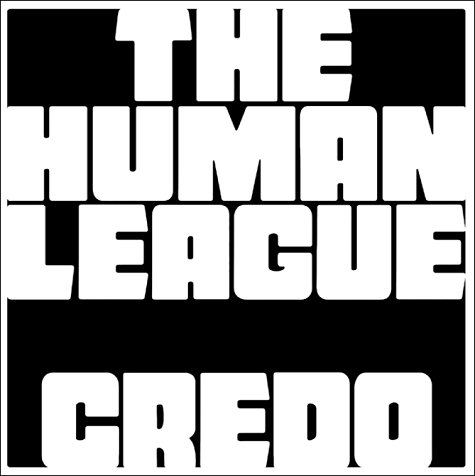 Defending The Human League isn’t that difficult but trying to convince people that this band from Sheffield made a decent album in 2011 is something else of course.

But beware, just like those other icons Duran Duran and OMD, we are happy to see that Oakey and his two wives made an album that isn’t that far away from the classics they delivered in the 80’s.

Nobody is expecting them to come up with something groundbreaking. First of all, they were more than innovating enough and secondly no one on this planet would ever believe that.

The truth however is that this band found some new dose of energy which makes them forgive those mistakes they made in the past: The Human League always came up with genius singles but all the albums since “Hysteria” (some even will say “Dare”) were rather poor.

This album, “Credo”, has been produced by the dance-act I Monster and that can be heard.

Not only is it released on Wall Of Sound but “Credo” is also the kind of album that celebrates The Human League for their electronic efforts.

It takes some time to get on ease with the “new” sound. Opener “Never let me go” only sounds like The Human League as you recognize that familiar voice from Oakey. And a track like “Night people” is more for dj’s who aren’t afraid to put on some superb pop on their turntables. But in contrast to these mediocre songs, tracks like “Sky”, “Egomaniac” or “Breaking the chains” could have been on “Dare”.

No, The Human League didn’t reinvent themselves but this album almost is as good as their stuff from the 80’s and that alone must be a reason to check it out!