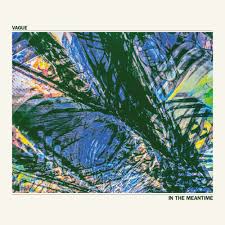 Do you still associate Vienna with Mozart pralines and coffee houses, and not with indie rock? Maybe the Austrian quintet Vague can change this with its debut In The Meantime.

You can’t think of a better start than Vacation: a beautiful indie song that brings you back to the days when The Church released its majestic Starfish. Brilliant! On Death Of Ivan you notice again how Gabriel Hyden’s voice is similar to the one of Steve Kilbey, and if you add the overwhelming bass by Juan Marhl, then musical fireworks is the result.

Sweet Stranger is so intensely beautiful that you feel the sadness after the very first seconds. The melancholic love songs Comeback and Park also refer to the '80s, at least if you remember The Felt. If you do, then you know exactly what we mean. If Alan McGee would still manage Creation today, we’re sure he would get in touch with the Austrians!

Not that Vague only makes sugar-sweet indie pop, Untitled sounds psychedelic... even a bit dirty. But look, just when we thought we had no other eighties band to come up with, Head pops out of the speakers. Did we mention Creation earlier? Well, this track could have been on the legendary Flying Nun. New Zealand indie pop made in Vienna! You Know It's There impresses too, melancholy indie rock that’ll move you to tears.

You've probably never heard of them before, but In The Meantime deserves your attention.