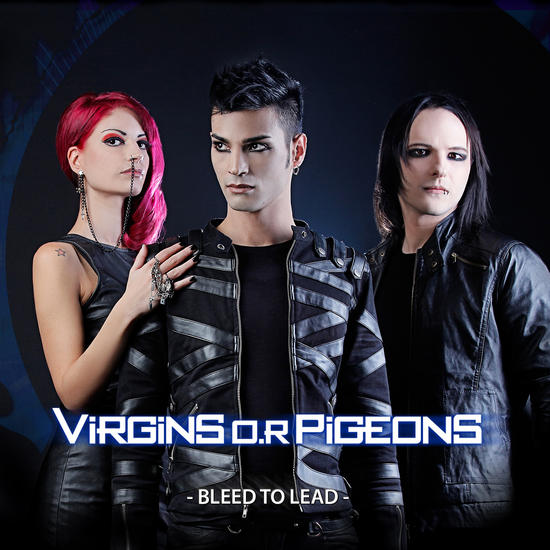 The Greek electro act Virgins O.R Pigeons are back with "Bleed to lead", a 4-track digital single... as a taster before the full album. Sadly there is bad story attached to the release of this one...

After a fire broke out in the band's brand new studio, all songs literally went up in flames, which forced the band to restart from scratch. The new Virgins O.R. Pigeons album "Gotta Get Mad" was practically finished when the fire broke out, which meant that all the work from the past few months (and years) was destroyed.

So what do we get, yet? Well, 2 dance floor fillers with heavy pumping sounds, catchy synth melodies and Apoptygma Berzerk minded vocals.

'Bleed to lead (I give up)' is what must have gone through their mind after the fire, especially with the Greek financial crisis. But they recovered and delivered already a small package. I must say the first song is a vocal screamer and I like the beats. Nice up-tempo and enraging! Great work!

'Time to die' is the other original song on the EP and I like it, however I expected a more industrial approach with a title like this. It sounds a bit too soft, but only a tiny bit... And it isn’t the first band with this title.

'Universal Trilogy' slows down 'Blead to lead's vibe, giving it a more melancholic sound (tripping on LSD). While DJ Christian Cambas tunes it into a Techno popper: throwing a techno bomb on the dance-floor!

Well, it's not bad, especially when you know the story! I hope they get enough fundraising or a good insurance to build it all up! Wishing them all the best!

The single is out now on Bandcamp, iTunes, Amazon MP3, Spotify and all other download stores.