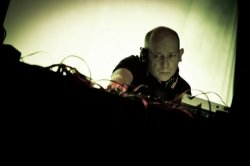 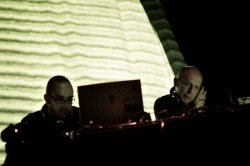 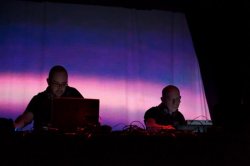 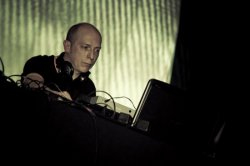 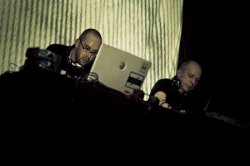 Cruise [ctrl] seems to be a UMO (unidentified musical object) for some people...

Lots of great Belgian talent this year at Shadowplay and among them are the duo Cruise [Ctrl]. Noise mixed with IMD where the machines are taking over, that's Cruise [Ctrl] in a nutshell.

Well, not everyone knows who Cruise [Ctrl] are, so here’s your chance.

J: To be quick, let’s say that Cruise [Ctrl] is a Belgian duo making electronic music inspired by electronica, EBM and industrial productions.

In my last review I described you as IDM with a dark undertone. And to be honest, I think it’s not that far from the truth.

Some others also consider that we are making minimal techno.

J: I agree with the fact that that there is something ‘Dark’ in our music. However, this is more a side-effect of the sounds we use than a goal in itself. When we compose, we do not have in mind to be ‘gloomy’ or to make a tribute to ‘classic EBM’.

What reactions have you had so far?

G: The reactions to the records are very good, according to the reviews and the public. Making more concerts could be fine however but it seems to be complicated.

J: Cruise [ctrl] seems to be a UMO (unidentified musical object) for some people and, in particular, for some gig organizers.

Recently I interviewed Dirk Ivens who told me something that got stuck in my head. His musical dream was to perform his music at an event like I Love Techno. If I hear Cruise [Ctrl], I get the same feeling: would it not be ideal music for dance-events?

J: I understand Dirk and I totally agree with that. This is sometimes very difficult to perform electronic music in a rock or gothic festival. This public needs something else that bleeps and beats and two guys manipulating strange devices in darkness…

G-In a techno festival, it’s totally different. In the first case, the public do not care about what happens on stage: only the beat is important but the relation between the public and the artists is also different, maybe more distant…

J- We also have a more experimental side that could suit an electronic festival. It would be great for us to perform is such events.

There will always be people who say that everyone can make electronic music. Due to the existing software it’s even true, but do you think that’s a good thing?

J: Yes it’s a very good thing!!! Music and art in general are not about technique, money or merit. It’s very exciting because nonacademic artists (like us) have often to experiment, to try something else.

Cruise[ Ctrl] also use lots of video shots during these gigs. Do you make them yourselves?

G: The videos are made by Ab Strakt, a friend of us. We appreciate her work because it’s in the same mood as our music.

I even would go as far by saying that Cruise [Ctrl], especially on your remix album, has a cinematographic approach. For me it felt like I was in the middle of a David Lynch-movie.

G: This is maybe not a coincidence.

Why did you decide to make a remix album?

J: Personally, I like to collaborate with other artists, to merge soundscapes. A remix is an opportunity to do that.

It’s also very exciting and intriguing to receive the reinterpretation of one of your compositions by an artist you appreciate. It’s not worse or better, it’s different.

G: It’s an exchange with other artists, other scenes.

J: The set will be more rhythm and noise-oriented, not too experimental.

G: We will also perform new tracks from our forthcoming third album.

J: It’s impossible to answer this question. There are so many essential albums. Spontaneously I would say "I’ll end in tears" by This Mortal Coil because it’s a collective work and a very emotional proposition.

J: I never take the elevator

G: It’s more tiring to climb the staircase but you don’t come up against something unpleasant

G: and do not cross the limits

J- "The Picture of Dorian Gray"

G- In heaven, everything is fine

!DISTAIN • I can’t believe in a community based on lies while referring to God. And as this is really irritating me, I keep writing about it.
VELVET CONDOM • There will never be a song by Velvet Condom called “A New Morning”!
THE PAIN MACHINERY • We still love noise and chaos and it’s still present in the music. Just not as much as in the earlier stuff.
PETER HOOK & THE LIGHT • We’re doing our best to keep the memory of Joy Division burning brightly for years to come!
DREAM AFFAIR • I don’t think generally people making dark-eighties-influenced nowadays are in the same setting or state of mind as those before them.
TECH NOMADER • In Spain logical things do not exist.
THE NEON JUDGEMENT • The last 20 years everything has become flat, from music to media. Even more, we were writing about it 20 years ago and now it has become reality.
RADICAL G • It ain't easy but difficult is also an option, right?
FLESH & FELL • The 80's revival is more than just some nostalgia.
MERCIFUL NUNS • Bands which are generally associated with the Goth genre nowadays, I don’t really like.

Other reviews from CRUISE [CTRL]
CRUISE [CTRL] • We are at the crossroads between several styles: EBM, darkwave, techno and ambient