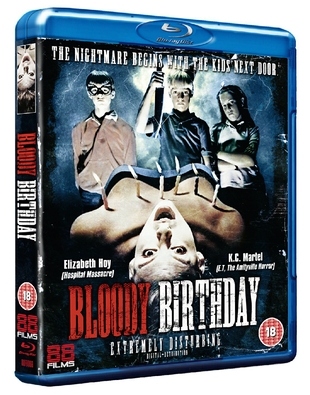 Get ready for the rarely seen slasher classic from the 80s that may also be the most disturbing killer kids movies in grindhouse history: Three babies are simultaneously born in the same hospital at the peak of a full solar eclipse. Ten years later, these adorable youngsters suddenly begin a kiddie killing spree of stranglings, shootings, stabbings, beatings and beyond. Can the town's grown-ups stop these pint-sized serial killers before their blood-soaked birthday bash?