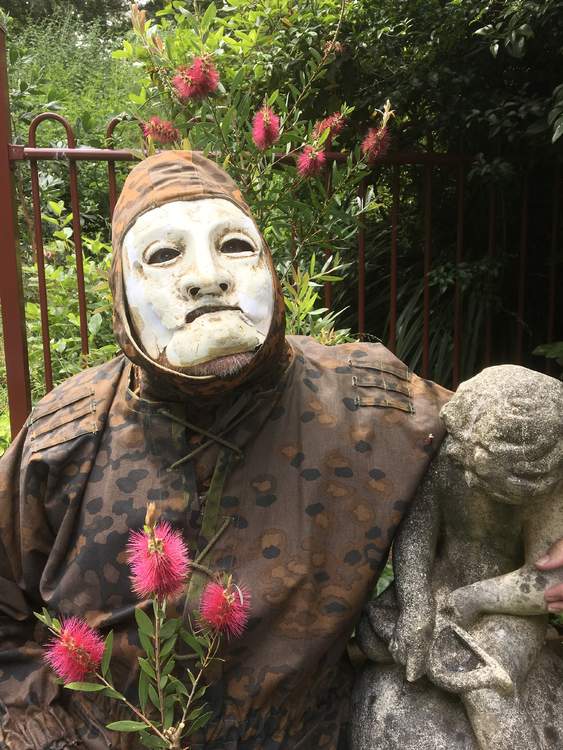 Peek-a-Boo magazine conducted an in-deep interview with Douglas P. of Martial-Industrial/Neo-Folk formation Death In June. Below you can also enjoy a video produced by another Death In June member, Miro Snejdr, to support the band's new compilation release 'The Wall Of Sacrifice Plus'. According to the band's head and voice Douglas, this video features lots of rare pictures of the band, taken between 1988-1989. 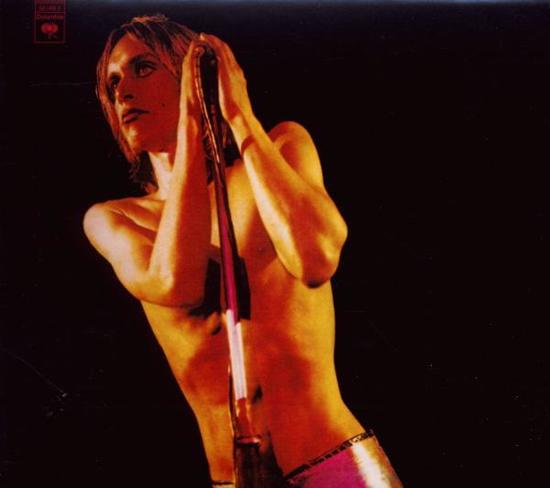 The Stooges classic 'Raw Power' was released on the seventh of February 1973. The game-changer. In 1997 Iggy Pop remixed the album, making it sound like a war of noise and aggression.

Some said there was no need to overhaul the original Bowie mix of this incendiary album, after all, it was that which caused such a huge influence on Punk in the 70s. Probably Pop did do a remix at the request of CBS, more than likely to stop anyone else from doing it.

'Raw Power' is a beautiful album of destruction.

Recorded in the autumn of '72 in London, with a new guitarist in James Williamson. He brought the extra cutting guitar licks into all this. When a suitable rhythm section could not be found, the Asheton brothers were brought back into the frame. Ron, being the original guitarist and core songwriter for the first two Stooges albums, this time switched to bass and the line-up was complete.

Pop produced and mixed the original sessions, but Bowie took the masters to remix them again. Several of the tracks were remixed in one day, another reason why Iggy may have felt in 1997 that he wanted to leave his stamp on it. Willamson and the late Ron Asheton had both publicly stated they preferred Bowie's mix of the album.

All this talk of remixes, does it really make a difference? In this case yes! On Iggy Pop's version, there is a lot more distortion in the mix, especially on the guitar lines, probably down to Pop keeping all the levels in the red and turning them up full for the remix. The noticeable difference is that the Asheton brothers are much more prevalent in the mix, unlike before. Ron proved he was handy enough with the bass, this seems closer to Pop's original vision for the album. Feedback and distortion over the loud mixes are the hallmark of Iggy Pop and The Stooges.

Ironically it was Bowie who pushed to get Pop back on the scene in the early 70s, due to Iggys spiralling heroin problem. What happened with the two gentlemen and their relocation to Berlin in the years that followed makes that effort by Bowie seem a slight contradiction.

Distortion and feedback and talk of remixes to one side, it is Iggy Pop at his finest. His vocal delivery is faultless, snarling, convincing and perhaps his best, from the 'Search And Destroy' opening line:

"I'm a streetwalking cheetah with a heart full of napalm

I'm a runaway son of the nuclear A-bomb"

to the closer -‘Death Trip', all is remarkably well delivered, like the collision of two nuclear warheads.

The argument will always be there surrounding this album. Which is the better version, the true version? That is whichever you personally like the most. The argument is there for both sides, but don't turn the attention away from the fine album it is and what it did for punk- rock, not only in the 70s but in general. 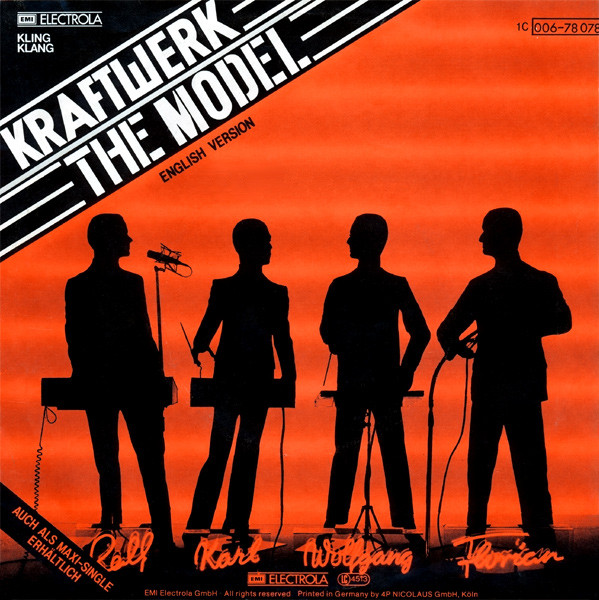 On this day, 38 years ago, the Kraftwerk single ‘The Model’ reached the Top 1 of the UK Singles Chart!

On February 6th, 1982 the Kraftwerk single ‘The Model’, originally released in Germany already in 1978 as 7” single ‘Das Model’, reached the Top 1 of the UK Singles Chart.

Even-though the band initially added the English sung version as only a b-side on their new single ‘Computer Love’ in 1981, DJ’s and the radio audience seemed to prefer this b-side instead of the a-side. After Capitol Records/EMI noticed the commercial potential they re-released the single almost immediately, this time ‘The Model’ as A-side. Apparently this was decided by Capitol Records/EMI much against the band’s own will. Nevertheless this smart strategy by EMI resulted in ‘The Model’ becoming the number one in the UK single charts on February 6th, 1982. The single managed to hang in the UK top 75 for a total of 21 weeks.

Unable to deny the succes another 7” was released by the band, and its label Kling Klang / EMI Electrola, bearing both versions ‘The Model’ and ‘Das Model’.

Still, in Germany, Das Model, never climbed higher than 7th position in the German Single charts. After one week it descended again, still remaining about 20 weeks in the charts.

Das Model/The Model was written by Karl Bartos and Ralf Hütter and with artist Emil Schult collaborating on the lyrics and was the preliminary single for their upcoming and legendary album Die Mensch-Maschine or The Man-Machine.

She's a model and she's looking good
I'd like to take her home that's understood
She plays hard to get, she smiles from time to time
It only takes a camera to change her mind
She's going out tonight but drinking just champagne
And she has been checking nearly all the men
She's playing her game and you can hear them say
She is looking good, for beauty we will pay
She's posing for consumer products now and then
For every camera she gives the best she can
I saw her on the cover of a magazine
Now, she's a big success, I want to meet her again 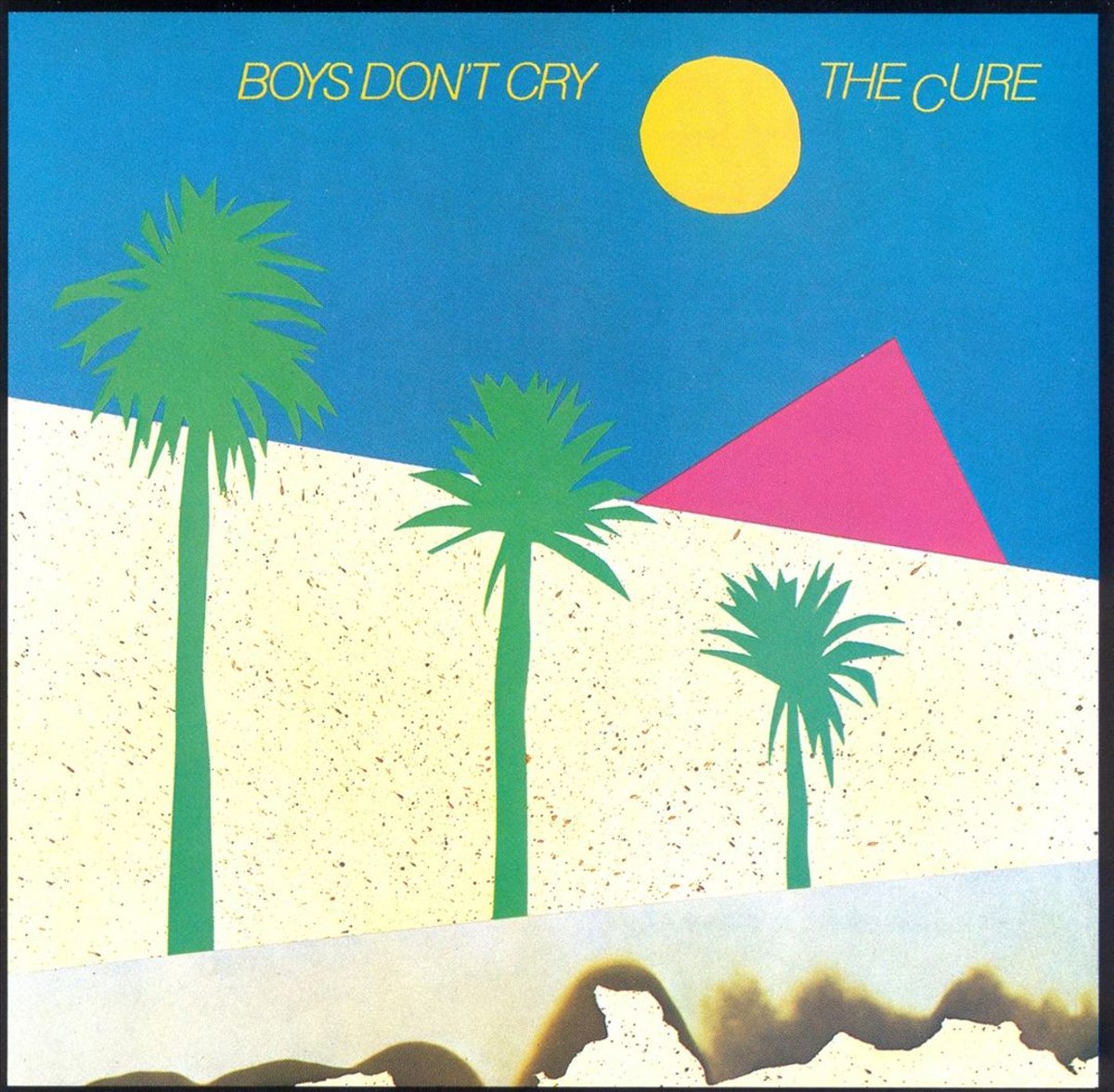 It also marked the first release by the band into the American market. This album heralded the arrival of The Cure on the international market.

Amid the album's thirteen tracks the collision between the bleak and haunting comes to the surface in the upbeat and beautifully-brilliant title track- 'Boys Don't Cry'. This is pure pop, a departure and surprising instalment in the canon of Cure standards. With infectious guitar lines and Smith's pitiful mourning for the girl that is lost, proving the point there was more to this band than was displayed on their debut.

And then there is the tense-paranoia that translates through the album's lead single, ‘Killing An Arab'. Although predating the album by over a year, the song still has the same impact as it did at its release over forty years ago, still raising the same controversy in the post-9/11 world.

Indeed, including ‘Jumping Someone Else’s Train’, all three singles were released before the album. ‘Boys Don’t Cry’ is a solid Post-Punk album, although at times hard to pigeonhole into one particular genre. It is a raw display of melancholic lyrics, submerged in a mesh of catchy melodies that unwillingly plant themselves inside your brain. In reflection ‘Boys Don’t Cry’ mirrors the feeling within the band towards what they saw as the state of the music culture of the time.

Despite their reputation for cavernous gothic misery, ‘Boys Don’t Cry’ presents a lighter and sprightlier take on the punk sound that avoids the political grandstanding of the earlier, angrier-punk bands. The dark edge conveyed by the band runs from the ironic title track to the chorus-heavy album closer- ‘Three Imaginary Boys’, a gothic portrait of solitude put to music. 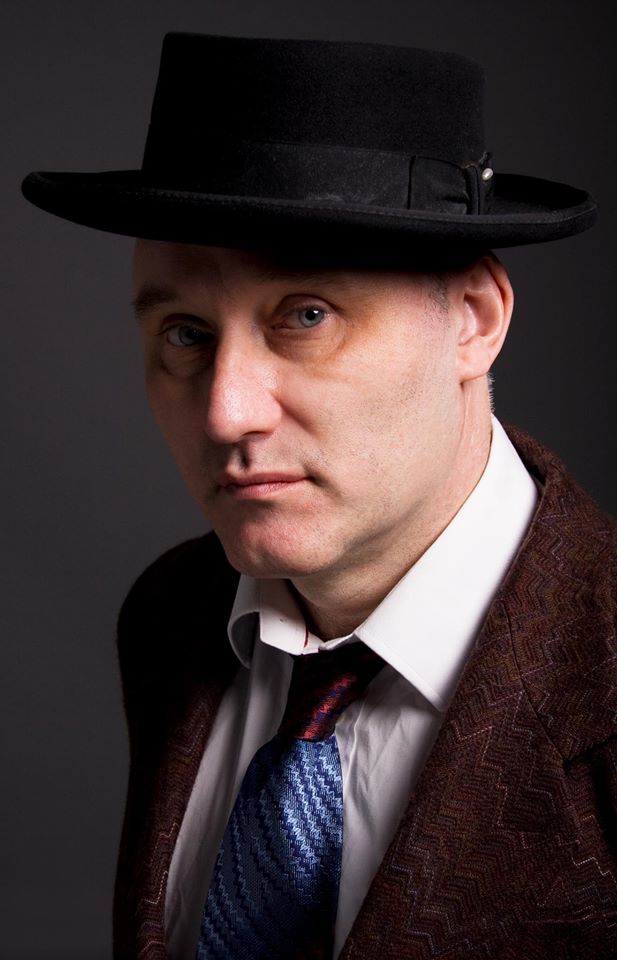 To coincide with Britain's departure from the European Union, Cadiz Music (licensed exclusively from the Youth Sounds label) have shared the new video directed by JC Carroll to accompany 'A Very British Coup'.

This single will be released on limited 12" coloured vinyl and available digitally at all the usual outlets, this is Wobble and company's brilliant take on the farce of the long drawn out turmoil of the Brexit situation in the UK and also features a Dogma instrumental dub mix.