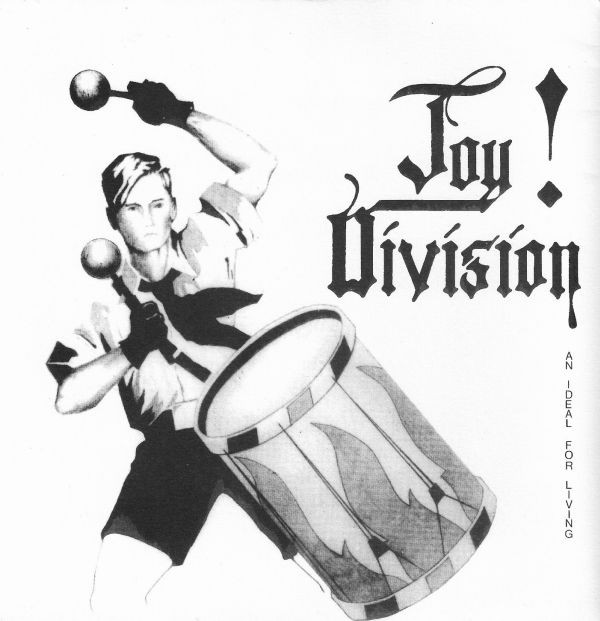 On this day, 43 years ago, Joy Division recorded their very first EP, 'An Ideal for Living'!

On this day, 14th December, it is exactly 43 ago that Joy Division recorded their very first EP An Ideal for Living (14.12.1977). In fact by the time of these recordings the band was still called Warsaw. It was released the year after on 3rd June 1978 by the band's own label, Enigma, shortly after the group changed its name from Warsaw to Joy Division. The EP was recorded at Pennine Studios in Oldham and self-financed by the band on a budget of £400 (+/-€ 450).

The original 7" version of An Ideal for Living (1000 copies) was sold out by September 1978 and was subsequently followed by a 12" version on 10th October on the band's own Anonymous Records label. All four tracks were re-released on the 1988 singles compilation, Substance.

The cover has a black-and-white picture of a Hitler Youth member beating a drum, which was drawn by guitarist Bernard Sumner. The cover design, coupled with the nature of the band's name (Joy Division was the name from the sexual slavery wing of a Nazi concentration camp mentioned in the 1955 novel House of Dolls) fuelled controversy over whether the band had Nazi sympathies. When the EP was re-released on 12-inch vinyl, the original cover was replaced by artwork featuring scaffolding.

The EP has an overall more punk-rock sound than towards the post-punk/new wave sound that their future releases would get. Founding members Hook and Sumner acknowledged forming the band inspired by and after witnessing a Sex Pistols concert.

An Ideal For Living (Track listing)

Today, the original 7" pressing has become an expensive collectors' item and copies have been traded on the internet for over € 2,700! 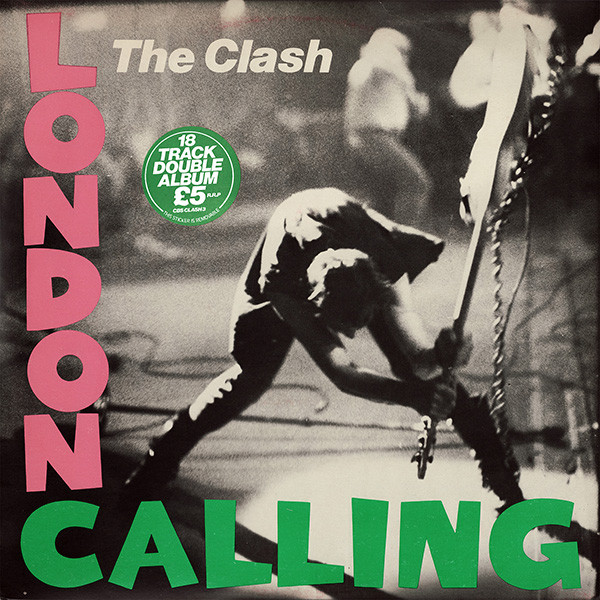 On the fourteenth-of-December 1979 The Clash reached the pinnacle of their creativity with a release which still echoes not only in music but in society, a sprawling double-album which is still relevant as the band crossover the divide between Rock and Punk.

Joe Strummer channels the chaos of the apocalypse directly into the snarling opener, his venomous-vocal line, with a solid belief in every phrase he spits out;
“London calling, now don't look to us
Phony Beatlemania has bitten the dust”.

This is the perfect opener, the mindset and mood is laid out from the start, Strummer uses an almost clairvoyant warning to us of the decay that is coming;
“The ice age is coming, the sun is zooming in,
Meltdown expected, the wheat is growin' thin”.

Following this with the psycho-billy rampage of “Brand New Cadillac”, a cover of the Vince Taylor classic and used here as a two-minute bolt of energy.
The new-found reggae and dub sound The Clash started to experiment with found its way onto the album in “Rudie Can’t Fail”, whereas “Spanish Bombs” takes the bombing of hotels in the Costa Brava combined with echoes of the Spanish Civil War and in Strummers hands it becomes the setting for an all out rocker.

A very varying scope on society appears throughout the record, themes of consumerism and over-commercialism is attached on “Lost In The Supermarket”, the divide in social standings all come under appraisal, alienation and the effect on the human psyche. Similar to this is “Clampdown”, the effects of economic-capitalist ideas on the youth, The Clash never lost their punk-spirit, their ideals, all was very much intact even if the music became more refined:
“We will teach our twisted speech
To the young believers
We will train our blue-eyed men
To be young believers”.

Even the Paul Simonon composed and sung “The Guns Of Brixton” is a classic, the reggae-fused song pre-dated the Brixton Riots but already took its story from the movie ‘The Harder They Come’ which dealt with the Brixton-born son of Jamaican immigrants who gets gunned down by police.

There is a cut at the older generation of rock-stars in the incendiary “Death Or Glory”, those rockers who swore they’d rather die than get old, whereas the rock-steady based “Revolution Rock”, which was originally the albums closer is an exuberant number of pure adrenaline;
“Everybody smash up your seats
And rock to this brand new beat
This here music mash up the nation
This here music cause a sensation”.

The closing album-track “Train In Vain” after release as a single became the first Clsh song to break the U.S top-thirty, the Mick Jones sung track with a title which is slightly obscure, more to do with the rhythm sounding like a train, although it got the added on (Stand by me) title on that American single.

Across the ‘London Calling’ album there are nineteen-tracks of killer without filler, an accomplishment for an album of its length, with the instantly recognizable cover it became an instant success which still reverberates thirty-nine years later.

"10 years later" is Antilav's (dark electronic) musical version of Beauty and the Beast. The Beast remains, but the Beauty leaves. A fairytale without the happy ending.
All tracks are looking back to memories in the last 10 years, telling tales about love, despair and sadness. 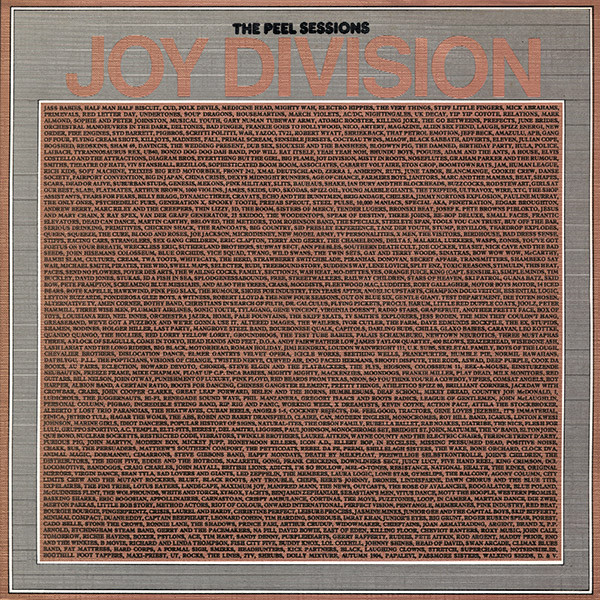 All tracks, previously unreleased at that time, were recorded in the London BBC studios on November 26th, 1979.

The EP of this recording was released in 1986 by Strange Fruit records and spent seventeen weeks in the UK Indie Chart, peaking at number 3! 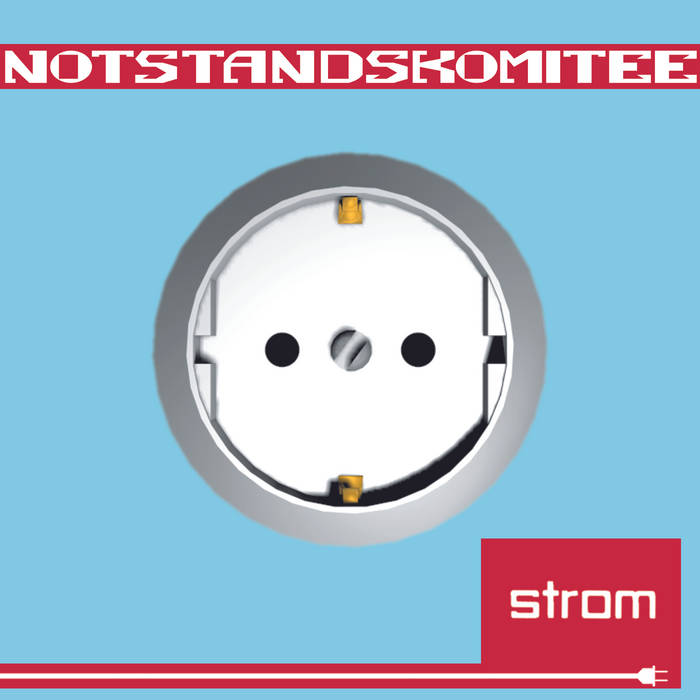 A real gem for the synth-lovers... Notstandskomitee is more than just raw and harsh noise sounds.

Here is what they say about it:

"After the 1995 CD 731 I sensed a need for an antithesis to the harsh sound and gritty topic of violence of that album. So I came up with the idea to create retro futuristic songs which are more on the uplifting side, done with modern, mainly digital sounds courtesy of the FZ-1 sampler and TG77 FM synthesizer which was the latest entry that time in the block 4 studio. The TG77 was already dominating the sound on 731 and later the Betriebssystem album by Das Kombinat. Hardiskrecording had not arrived nor been affordable for us so everything was mixed in one go and cut directly to DAT.

Post mastering was technical not possible in the block 4 studio and the label had no budget to give it to a mastering studio so the CD is a bit rough and uneven. Fast forward some decades, now its easy to treat everything in the computer with modern tools and so I could bring Strom closer to its original vision.

While Strom was 1997 the antithesis, the tracks on the 1999 album Y2K, which was released as a split CD with the Brazil act Cyberthreat, was the synthesis and blueprint of the Notstandskomitee style today."