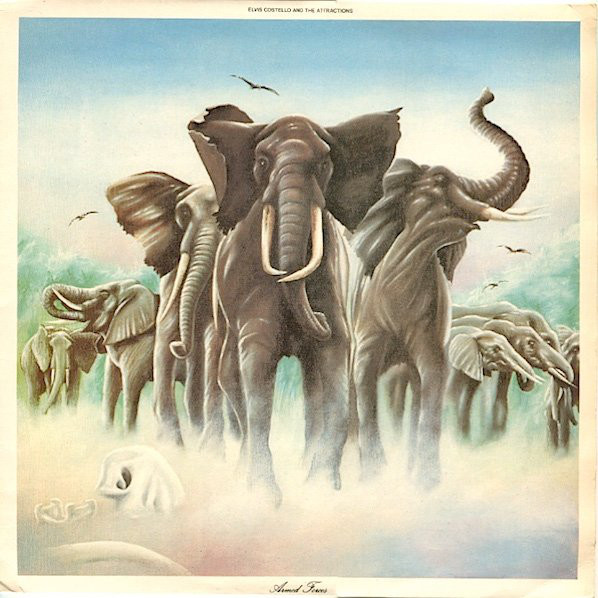 Elvis Costello, the Buddy Holly on acid, the Punk troubadour of the late nineteen-seventies, one of the most prolific and consistent artists of his generation.
To go through his canon of albums would be a long, although exciting adventure, but here we celebrate with the stand out, with the first record of his people discovered and latched onto, and one which is still listened to and love passionately “Armed Forces”.

Some have said this is one of the best albeit subtle political statements of the twentieth century, a bigger statement than one which the late Woody Guthrie would have attempted.
Wrapped in a fold back cover and front picture of elephants charging is an electrifying, rock steady album and an enigma to some albums in one that doesn't contain a dud track.
Released in January 1979, the working title says more than the given one; “Emotional Fascism”.
A daring album, one to dance to, this was the album where Elvis Costello came into his own as a songwriter, a melodic and textured work, hiding songs of a strong political nature, delivered with Costellos unique and demand to be listened to vocal.
Only two singles released; “Accidents Will Happen” the albums catchy opener and the number-two hit “Olivers Army”.

Based on a trip to Belfast, Costello being of Irish descent, “Olivers Army” remains one of Costellos most memorable songs.
The trip to Belfast opening his eyes to the young men, almost boys, armed and in uniform, from this was born his anti-occupation song.
A song about the young, working class men always sent to do the killing, name dropping along the way, apart from Belfast, ‘Checkpoint Charlie', Palestine, Cyprus and South Africa, wrapped nicely in bubblegum pop. Wether the listener knew or not is another story, but that was Costellos gift, the subtly.

The phrase 'White Nigger' remaining in the song when played on the airwaves for thirty years up until March 2013 when the BBC decided to censor the phrase, leading to a backlash as it damaged the songs intentional anti-war, anti-racisim message.

The album 'Armed Forces' produced in full by the irrefutable Nick Lowe,the 'Stiff Records' in house producer, but a notable pub-power-pop rocker similar to the style of Elvis Costello so an understanding of the sound and handling of the songs was best served by Lowe.
Although having produced the previous albums by Elvis Costello, Nick Lowe is also responsible for the production on The Damned’s first single and albums,aswell as other Stiff and associated acts. These including Wreckless Eric, The Pretenders, Dr Feelgood and of all artists Johnny Cash.
The other significant footnote of this album is it lists The Attractions as the band, although their second album with Costello, 'Armed Forces' is the first album to state them on the cover.
This artistic work is a combination of everything a record should be, no filler and a deep thinking political statement, but not one that overpowers the positivity of the album, so if you haven't heard it this is the call to dig and find it. 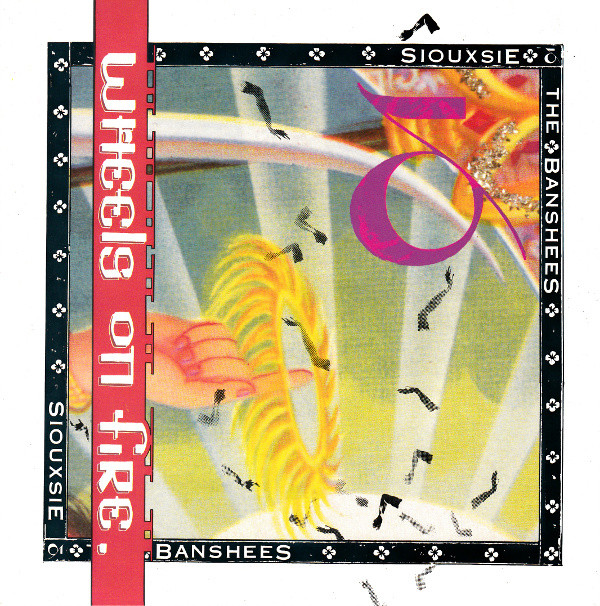 34 years of ‘Wheel’s On Fire’ by Siousxie & The Banshees!

On this day, 34 years ago, Siouxsie & The Banshees released ‘Wheel’s On Fire’ (5 January 1987). It was the preliminary and first single of their upcoming all-covers album, Through the Looking Glass.

It was released by Polydor Records on 7” and 12” vinyl and climbed to number 14 on the UK single charts. Although the original song was composed by Bob Dylan, it had been said the band was not aware of this before recording the song. Apparently they decided to cover this song because they liked Julie Driscoll, Brian Auger & The Trinity's version released in 1968. 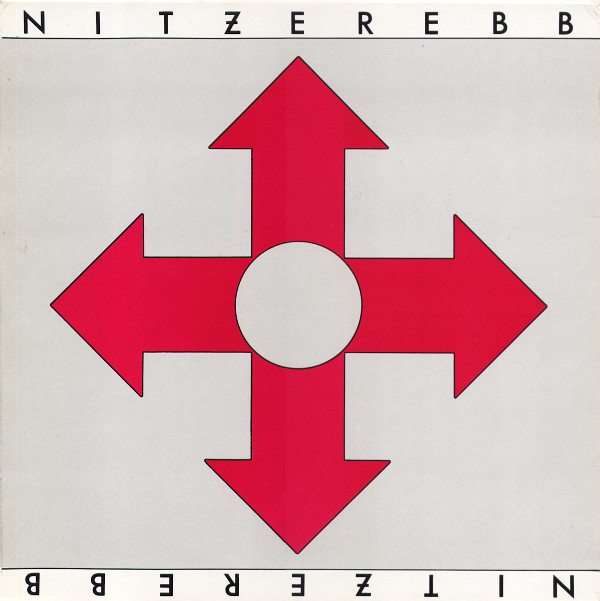 ’Isn't It Funny How Your Body Works?’ already 36 years now!

This month 36 years ago Nitzer Ebb released their debut 12” single ‘Isn’t It Funny How Your Body Works’ (January 1985) on their own label Power Of Voice Communications. The 12” contained 4 tracks and was recorded in September 1984.

Although they released their first demo tape, Basic Pain Procedure, already in 1983 it would still be two years until they met producer Phil Harding, who produced their first 12” ’Isn't It Funny How Your Body Works?’ and helped them set up Power Of Voice Communications.

Below is some rare live footage of Nitzer Ebb performing the song 'Crane' from this release in the early 1980s. It was filmed at "The Hermit Club" in Brentwood Essex. Apparently the fight was caused by someone off camera to the left, disconnecting Bon's microphone.

Below that there's another rare, but sadly only 44 second lasting, snippet of the band perfoming 'Isn't It Funny How Your Body Works?' 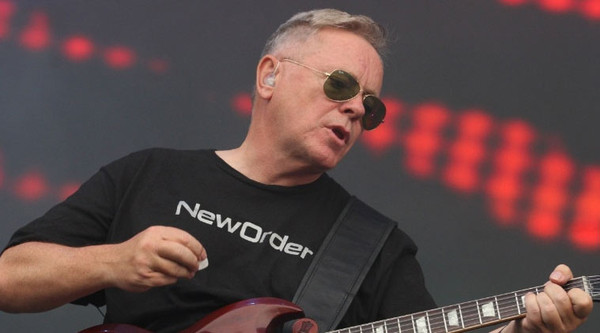 Sumner was one of the founding members of Joy Division, formed in 1976. He and childhood friend, Peter Hook, both attended the fabled Sex Pistols concert at Manchester's Free Trade Hall on 4 June 1976 and whose music inspired them to perform together under the Warsaw moniker.

To avoid confusion with the London punk band Warsaw Pakt, the band renamed themselves Joy Division in early 1978 and became widely considered one of the most influential bands of the era. Sumner was lead guitarist as well as playing the keyboards.

In May 1980 after the suicide of its lead singer, Ian Curtis, Joy Division was disbanded. Then, Sumner, together his fellow ex-Joy Division members, Peter Hook and Stephen Morris formed New Order (later joined by keyboardist Gillian Gilbert) and became the leading protagonists of synthesizers in the electro-dance music scene. 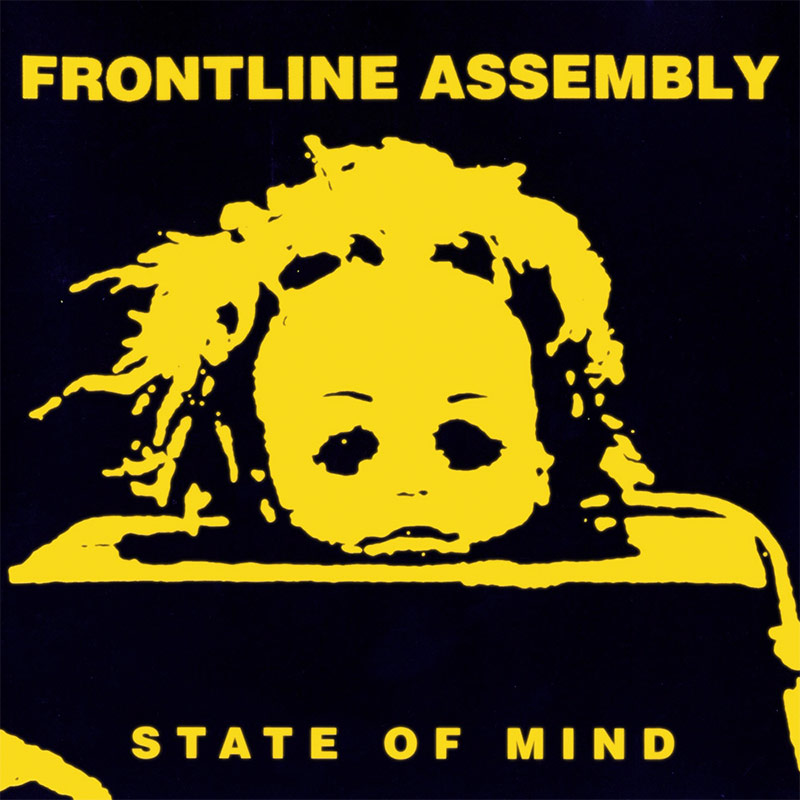 In January 1988 Canadian electro-industrial band Front Line Assembly released its second studio album State of Mind. However, since most of the material featured on State Of Mind was recorded in 1987, before the release of their first release The Initial Command, State of Mind can be seen as the actual debut album of Front Line Assembly. Although the original release's labels bear the publishing year 1987, the album didn't see the daylight until early1988.

This album was recorded and composed entirely by Bill Leeb in August 1987, mixed by Michael Balch and edited by Dave Olgivie. State Of Mind sounds quite rough and differs from the later Font Line Assembly releases and features some elements Bill Leeb later would elaborate further in the FLA side project Delerium. Wide open soundscapes, creaking and crashing noise samples, and echoing sound design, a spartan, bleak electronic landscape which is atmospheric yet taut.

One remarkable fact is that the verse melody of the track 'Resistance' would later be re-incorporated on the 'Tactical Neural Implant' album and become the chorus melody of Front Line Assembly's underground club hit 'Mindphaser' (1992).

It was originally released by Dossier on vinyl and CD and later re-released on Cleopatra Records on CD (1996) with alternate artwork and a bonus track, ‘Inside Out’ and finally again on vinyl, also by Cleopatra, in 2016 but with only 8 tracks.