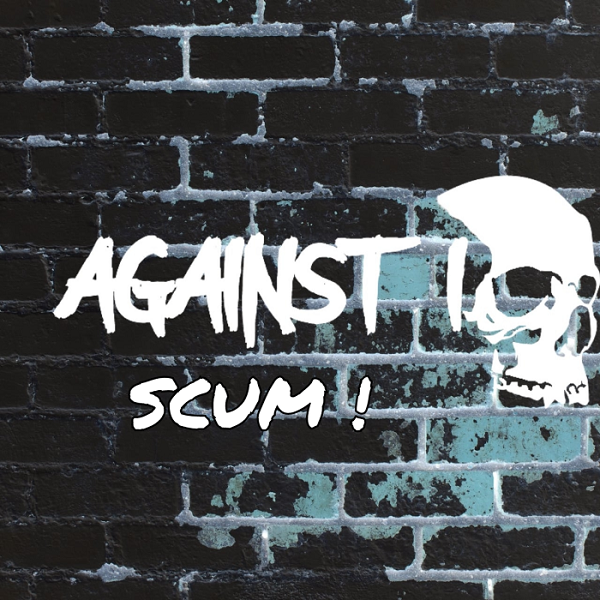 FREDRIK CROONA whose projects have included the likes of MENSCHDEFEKT, CROONA & CYNICAL EXISTENCE has announced a new project, AGAINST I and debut single, "Scum."

"Scum" is a dedication to all the lowlifes who treat other people like shit and care for nothing but themselves. People who are so full of themselves that they don't see or care about anything else. This is the first song that opens the door into a carnival of the obscene, deranged & faulty people and to the darkness of human psyche." - Fredrik Croona

"Scum" will be available on all digital platforms on 11th February courtesy of Insane Records.

Today, 37 years ago, Alien Sex Fiend recorded their live album and VHS video Liquid Head in Tokyo (17/01/1985). Liquid Head In Tokyo was recorded at Tsubaki House, at the end of a sell-out Japanese tour. It consists of selected recordings of both shows the band played that same day.

The VHS video and LP have a different tracklist

A 1997 CD re-issue features 4 bonus tracks, though these are not live recordings but normal and 12" studio versions. 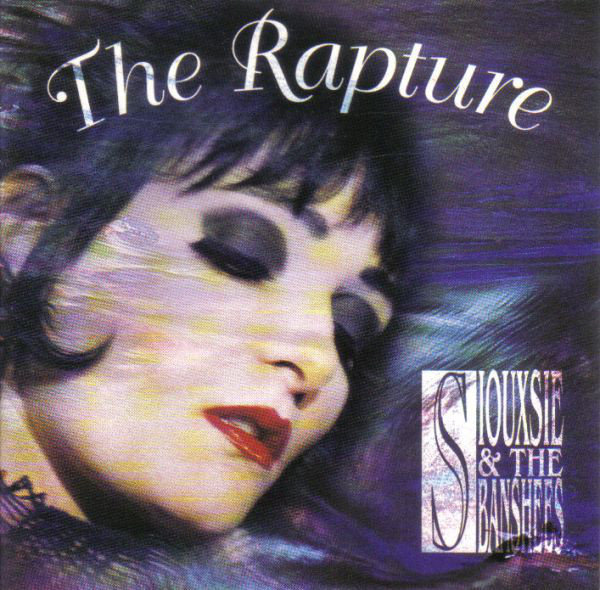 27 years Divine Rapture | Celebrating The Siouxsie and the Banshees 1995 and final album!

Today, 27 years ago Siouxsie and the Banshees released their eleventh and final studio album in the majestically divine “The Rapture”. This is a erotic-beast created over a year and a half with the Velvet Underground’s John Cale producing and mixing all but three tracks.

This however was not the dark-gothic masterpiece which people thought would close the career of those who forged that very path, instead it contains some of the more lighter elements in The Banshees work.
A natural progression is heard from their acclaimed 1991 offering “Superstition”.
It continues with the same flowing themes, Siouxsie Sioux as the confident, scorned femme-fatale, a chanteuse and not just a punk revolutionary, Sioux moved forward along with the sound built behind her.

From the start and throughout the twelve-track song cycle there is an experimentation, the title track itself is an eleven-minute journey that twists and turns through a haunting atmosphere like a wounded animal.
Along with “The Rapture” another gem to behold is the magnificent and melodic “Stargazer”, a very unnerving though accessible sound breaks through. The pleasures of “Sick Child” and the sublime “The Double Life” make up for any lack of dark joy an often criticism of “The Rapture”.

The last studio hurrah from Siouxsie And The Banshees is definitely worth a revisit, granted it is not cut from the same menacing cloth as “Juju” or “Peepshow”, nonetheless it is a staggeringly beautiful piece of work which shows great passion and depth, displaying Siouxsie Sioux as a singer and not just a screamer. 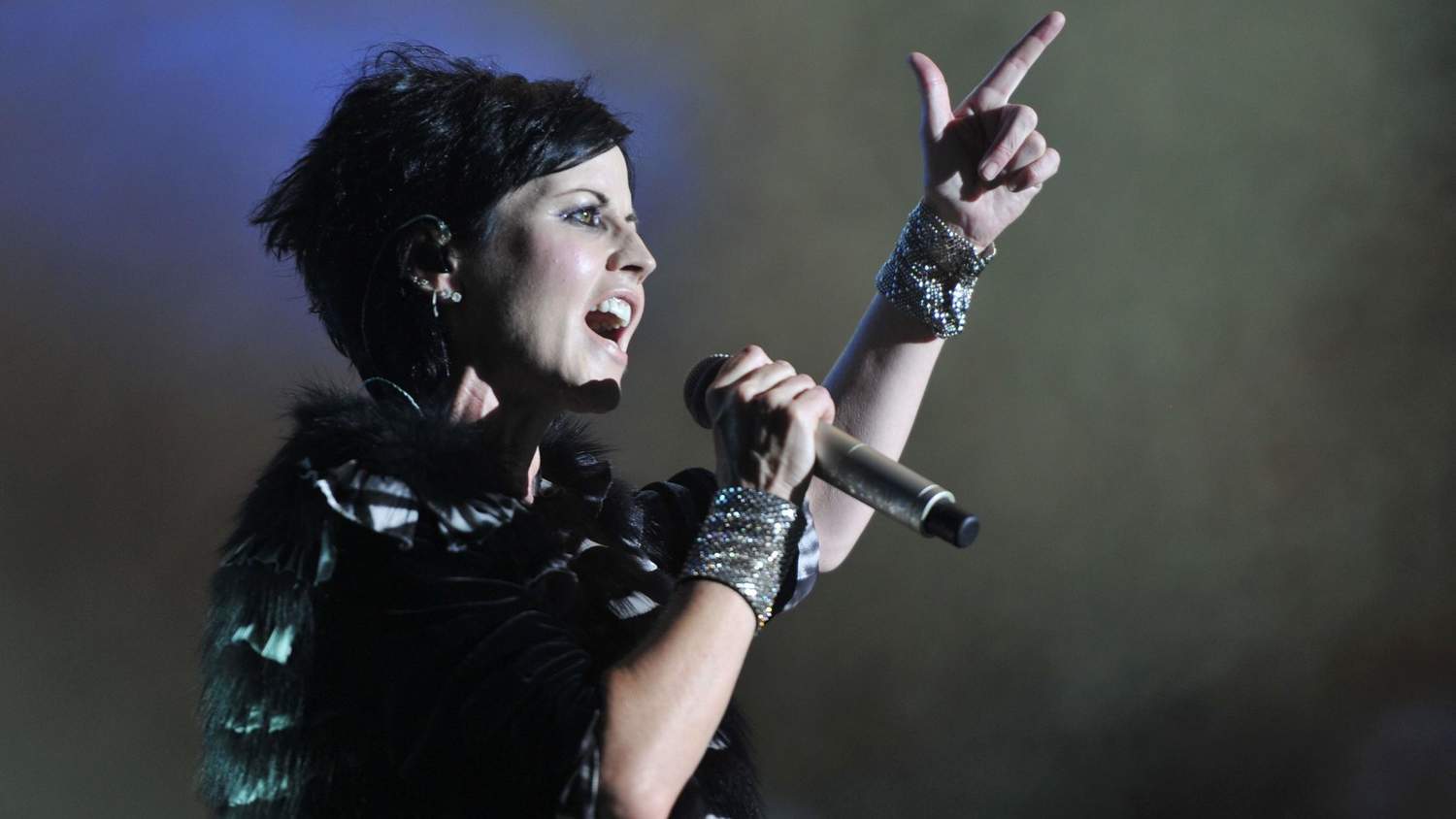 Today, 4 years ago, another shining talent had succumbed and slipped away unexpectedly.
The soaring passion of Dolores O'Riordan is measured with the uneasy and ripped emotions which heralded her passing. An obvious and true talent such as hers can sometimes bring fourth turmoil as if you knew them personally. When you question why, you may feel this way, the answer is simply through a relatable appreciation of the personal words Dolores sang. Those lines of song let you Inch into her world, creating a connection, for a time it felt that as Dolores would sing the world stopped to listen.


To those expecting another tune such as 'linger’ were more surprised than disappointed, which shows the character strength within O'Riordan and the band to follow their heart as a musical compass and not what is wished of them by fans, record companies and the FM-radio of the day.
This highlights perfectly the importance of the band, to survive such a change in direction, in saying that the album 'No Need To Argue' went on to sell in excess of seventeen-million copies, going number one in five countries. The case in point was increasing the volume increased the sales and popularity, what may have been viewed at the time as being commercial suicide led to wider acceptance.
Risks such as this are rarely taken in music, and voices such as that of Dolores O'Riordan are few and far between,and sadly missed. Dolores Mary Eileen O'Riordan, Ballybricken, Ireland , 6 September 1971 – Londen, 15 January 2018

Meanwhile Sid Vicious' drug abuse continued to swirl, while Johnny Rotten was becoming tired of the scene altogether. He started to realize he was now fully involved in the same entertainment industry that he so detested.

Rotten would later state: “ I felt cheated and I wasn’t going on with it any longer. It was a ridiculous farce. The whole thing was a joke at that point.”

At the end of this last show he made clear to everyone how fed up he was. Before the last song from their set, Rotten asked his fans “Tell us, how does it feel to have bad taste?” After they played that song, “Anarchy in the UK/USA”, they were called back by the audience for an encore to which he replied “You get one number and one number only, because I’m a lazy bastard”.

During that final song, ’No Fun’ (originally by the Stooges), he can be heard singing “This is no fun, no fun / This is no fun at all, no fun”.

Rotten left the stage after sneering his very last words as Sex Pistols singer to the audience “ever get the feeling you’ve been cheated? hahaha..”

The band was now decapitated and was left with a gimmick ….

But when he overdosed and died on February 2, 1979, just little more than one year after the ‘final’ show, the Sex Pistols came to a de facto end.

Sex Pistols reunions, with original bass player Glen Matlock back on bass, followed in1996 and 2007.

Setlist:
God Save The Queen
I Wanna Be Me
I'm A Lazy Sod
New York
EMI
Belsen Was A Gas
Bodies
Holidays In The Sun
Liar
No Feelings
Problems
Pretty Vacant
Anarchy In The UK
No Fun