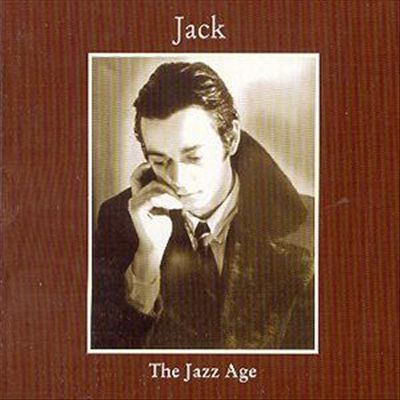 We could fill our pages with thousands of indie records that never made it and that were largely ignored by the public, but this one is really different. In the 90s Too Pure was one of the finest indie labels with a wide range of artists who were floating between art rock and (well, some of them) post rock. Stereolab and of course PJ Harvey are the sole acts who were bigger than the club circuit, while most other acts could only please reviewers and a handful of people (God knows how many times I stood in an empty venue watching Moonshake!)

Jack was on that label too. This seven-piece band was lead by troubadour Anthony Reynolds, a former journalist who thought it’s cool to wander at night through the streets of London and thinking about Fellini and Nabokov. Reynolds always cited Scott Walker as his big inspiration, but on their albums (The Jazz Age is their second one) Jack sounded more like a mixture of The Divine Comedy and Suede. On Pablo (yes, a song about Picasso) you’d swear that Brett Anderson is doing the vocals, just like My World Versus Your World that is in fact like Suede with a lot of bombast. The music might be labelled as art rock (and in a way it is) but a song like 3’o clock in the morning (with a real symphony as intro) is just Tindersticks at its best, while Nico’s Children is dark indiepop with a touch of Gallon Drunk (that other forgotten, genius band).

The label expected a lot of them (we guess Too Pure was just thinking that they had the next Brett Anderson), but despite an intense tour all over European venues where no one showed up (believe me, I was there), they were dropped by the label. Jack released a third album on the French division of Les Disques Du Crépuscule and for a while Jack even became Jacques, but at the end Reynolds returned to his roots and continued to write. His biography of Leonard Cohen is worldwide a best seller, but at the same time it’s a shame, as his style might be pompous, Jack however is one of the best indie acts you (probably) never heard.