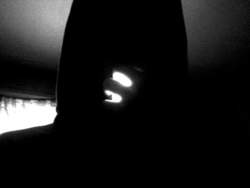 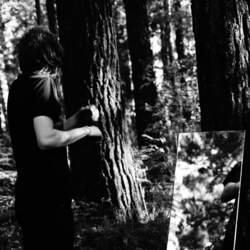 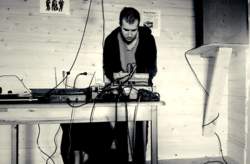 I Like When There Are Noise Collages In The Music

Ivan Somov was born and lived for 23 years in a small industrial city near the Ural Mountains. After that, he moved to a small town near the Altai Mountains. Today he’s 27 years old and over the past 4 years he has traveled more times than in his whole ‘previous’ life. About the band name NotNotice, Ivan comments that it ‘appeals to stealth rather than a word note. The translator gave a wrong interpretation of the name of my project, but I realized this later. But I decided not to change it’. NotNotice recently released a new opus entitled “Altay” on Noctivagant. The album reveals a strong visual appeal and a perfect mix between dark-ambient and soundscape.

How did you get in touch with the ‘darker’ side of music and what were the original purposes when setting up NotNotice?

I didn’t study at a music school and I don’t even know many terms inherent to a musician. I liked the stalker game, the "Roadside Picnic" from Strugatsky, and Andrei Tarkovsky’s films. I felt that music could create an atmosphere for me. I rested from what is happening around in the inner idea of ​​alienation, so to speak, I created a zone for myself. After graduation, the shackles of ‘music imposed by the environment’ slept with me. I began to explore different genres, mostly I liked the industrial sound. A little later, in 2010, I heard the music of Massimo Magrini (Bad Sector) and realized that I also wanted to do something similar. There were no musicians around, but on the Internet I sat on a forum dedicated to psychological transformation and esotericism.

I have always been a slightly reserved guy than the rest around. After the chat with one person, I slightly understood what to do. That making music is like a designer. And in 2012, I armed myself with a microphone installed on my phone and with the help of processing I created a track in the old version of Adobe Audition. I practically did not leave the house and even hung a dark blind on window, which helped me to better immerse myself in the music. Music has become an ally for me, as well as a tarot deck. I created tracks to the touch, through trial and error.

“Altay”’ is the first album getting released as CD-format. What does it mean to you to see your music on CD format and not only on streaming platforms? Do you have a preference in the format your music is released?

Correction, “Altay” is the second album released on CD format. About a year ago I had the “Astral Temple”-album released on Noctivagant. When I started my journey, the issue on the physical media seemed to me something unattainable. I want to thank Phillip Abraham (Noctivagant) for such support. I like the release format on physical media. Currently, the cassette format is gaining popularity. I would be interested to release my music in various ways.

What kind of album did you want to accomplish with “Altay” and what is the album all about?

With the help of the album I wanted to convey the atmosphere of these places. I spent a week in the mountains recording material. This was in September 2018. I especially remember the night when we stopped at Rita, at the Red Fox recreation center in the village of Aktash. You can see the houses of this base on the cover of the album. There was an extraordinary energy at this place. At 4 o’clock in the morning it became cold so I made some fire. After that, I laid down trying to get into the astral projection. And I managed it! I do not have much practice in this, but in this issue the energy of the place is important for me.

I previously did not have the skills of moving outside the body, I was magnetized to the walls and I could not fly through the ceiling. All these nuances are pumped through practice. At the first track, I tried to pass it on. There you can hear poorly discernible voices, it is a reference to the fact that before me the local residents traveled outside the body. I have not met shamans in Altai. But the nature around and the energy of places is very convenient for meditations and practices! Music helps me to dive, I am sure that other people use it for this. For me, the value lies in the fact that the noise helps me to return to exactly where I wrote it! This is an interesting experiment.

Sound-wise I experienced “Altay” as a sonic bridge between dark-ambient music and pure soundscape genre, but it is also a truly fusion between different influences. How would you describe your music to someone who doesn’t know yet NotNotice and does it make sense to you to get ‘labeled’ as on specific music genre?

This is really a merger. I like to mix genres and sometimes not even compatible styles. I love experiments. In the matter of choosing a label, I look at the visual side and the music. The dialogue with the owner of the label is also important. I think that Phillip and I are pleased with the cooperation. Many labels do not accept my music at all and do not even respond to messages. I stumbled upon Noctivagant watching the work of my compatriot DeepDark.

You already give us some details about your way of working, but can you give us a few more details from the point of collecting sounds and noises to eventually field recordings and samplings to the writing of the songs properly speaking?

I usually take field recordings. The next step is processing. I’m using VST and I have practically no equipment as my midi keyboard with controller remained in the old apartment. At the moment, my set includes Ableton, a Zoom H1 recorder and inexpensive Axelvox headphones. I like to convert noise recordings to synthetic sound; there are various ways to do this and the easiest is VSTt "Izotope Iris", but I usually use the built-in effects to work with the sound in Ableton.

What do you consider as the main evolution and eventually changes from your early work till “Altay”? And what do you expect from the further works?

The main evolution is the transition from FL to Ableton, respectively, and the ways I evolved, I like when there are noise collages in the music, as in the early works of the Contagious Orgasm project, the rest is mainly listening to the result. I can say I stick together the cuts to my taste. Sometimes there’s an instant story and sometimes it comes later. From future work, I expect progress, the search for new places, new ways and new people. At the moment I think that I am ready for live performances, but I have a little fear for this, and the absence of even a small midi controller for simplification. I tried to play music at home, I have a small post on my facebook - https://www.facebook.com/100009839598033/videos/874708326200479/.

ALEXA HUNTER(DISTURBED FURNITURE) • 'Love or hate us, we are gonna kick out the jams while we still can!'
BRIAN JAMES(THE DAMNED,THE LORDS OF THE NEW CHURCH) • 'If it’s something that comes from your heart – you can do whatever you want do to!'
DAVID WM.SIMS(UNFACT,THE JESUS LIZARD,SCRATCH ACID) • 'We had a great personal chemistry within the band!'
SPANKTHENUN • An Interview With Electro-Industrial Artist SPANKTHENUN
AHMED SALEH ABOUT EXPERIMENTAL/INDUSTRIAL MUSIC IN AFRICA • People Here Can Get Arrested Because Of Something They Posted On Social Media!
SINTHETIK MESSIAH • An Interview With Industrial Bass Artist SINthetik Messiah
THE BRUTE: • An Interview With Synthpop Act THE BRUTE:
VAZUM • An Interview With Dark Rock Act VAZUM
NICKY GARRATT (UK SUBS, HEDERSLEBEN) • 'Putting a krautrock band together I always wanted this fearlessness.' (Interview Part 2)
NICKY GARRATT (UK SUBS, HEDERSLEBEN): PART II • 'In punk, I found the vehicle for skepticism.' (Interview Part 1)