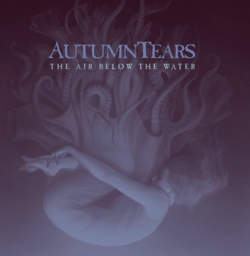 An Interview With Autumn Tears

Autumn Tears is "a unique, organic fusion of classical music, cinematic score and world music, layered with diverse contemporary and classical vocals." The new album is The Air Below The Water; an incredible achievement including the performances of 40+ artists. Says Autumn Tears' founder and leader, Ted Tringo, "After the highly acclaimed 2019 full length release Colors Hidden Within the Gray, AUTUMN TEARS has wasted no time. We are thrilled to present our newest offering The Air Below The Water, featuring 90 minutes of brand new music, presented as a double CD set." We'd like to thank Autumn Tears for the interview.


The new album is The Air Below The Water - a monumental achievement including contributions from over 40 artists. Can you walk us through the process or the chaos of assembling such a piece? Talk about the challenges involved while keeping the themes or track orders intact.

Thank you so much! It definitely required a lot of planning and organizing. Essentially I compose all the parts for a song first, and once I am completely satisfied with the score, then I start the process of selecting musicians who I feel will be best suited for each song and then send them the parts to rehearse and record. Once all parts are recorded I take them all into my studio and begin the tedious process of mixing everything. Same process repeated for each song. Once I have all the final mixes together I listen to everything multiple times to figure out the best song order based on song dynamics and themes. A tremendous amount of work but I feel the end result is always worth it.


Speaking of themes, how does The Air Below The Water differ from the previous album, Colors Hidden Within The Gray?

Thematically, 'Colors' focused more on Earthen themes whereas the new album is rooted more in the majesty and mystery of the ocean. Also I wanted the new album to feel even more like an entire concept rather than a collection of songs. I tried to tie in the lyrics and music of each song with one another so there is more of a continuous flow. Musically I used some of the same basic ideas as on 'Colors' but also incorporated many new ideas and took everything to the next level overall in size and scope.


Being as so many artists are involved with this album and you being the main creator, where does your contribution end and theirs begin? Do the lyrics and musical ideas always start with you?

Yes I actually do all the music composing and lyric writing. As for the vocal melodies, I rely on the individual vocalists who are all extremely talented, to find the perfect melodies and harmonies to go with the music and make any necessary revisions to the lyrics to make the vocals and music flow. I tend to be a bit of a wordsmith when I write lyrics and not every single word always makes the cut in the end.


There were a number of years where Autumn Tears was inactive. Then you released an EP followed by two double albums. Was any of the material from these 2 most recent releases composed during the years before the Origin Of Sleep EP?

The 11 years where Autumn Tears was inactive was a true period of dormancy. I wasn't writing any music at the time and focused more on the record label and just life in general. All music since 2018 is new, with 2 somewhat minor exceptions. Back in the late 90s I had composed two songs and put the score on a floppy disc, which got lost over the years until I unearthed it from storage in 2017. I listened to the scores and felt that with some reworking, they could be used as songs on the new releases. These songs were "Breathing Beneath The Soil" which appeared on The Origin of Sleep, and "The Impressionist" which appeared on Colors hidden Within The Gray. Everything from the The Air Below The Water was composed in 2019.


Do you think that the "meaning" behind Autumn Tears has changed since its inception going from the "Love Poems..." albums to the present? Does it mean anything different to you?

Most definitely. Back then when Autumn Tears was created, the themes and lyrics were much darker, and music was more basic. It was a different time then and I was much younger. I like to think that the entire project has evolved and matured into something much bigger and more diverse than the earlier inception. I still appreciate the early albums for what they are as they were right for the time, but now Autumn Tears stands for something much grander and deeper than anything I have ever done in the past and I hope to keep evolving it in the future.


Have you found any tracks from either of these two most recent releases particularly emotionally difficult to create?

Not at all. I am in a good place in my life and have been for years now, so all and any emotion that I channel into each song is purely positive energy. I actually feel the songs come out better this way than when depression and sadness are the basis for the songwriting. That's just my opinion for my own style of writing of course. I know that doesn't work for everyone and many music writers channel tragedy into their compositions quite successfully.


If you had one chance to assemble the majority of performers from the new album for a live show, where would you perform? Would you do as much of The Air Below The Water as possible or touch on older tracks?

To be honest even from the very beginning, I never imagined Autumn Tears being a live act. It was always meant to be a studio project only, not just for practicality but because for me personally I never envisioned Autumn Tears being music being performed live. I know many fans disagree with that and I have had numerous requests to perform live but I just feel that the sound I achieve from the meticulousness of the studio mixing, layers, etc, could never be replicated live and thus I would be unsatisfied with the result.


What is it about Autumn Tears' music that you think has made it appropriate to market toward the metal community? Classical training of the artists perhaps or more?

Honestly I have always loved metal and back in the 90s when I started AT, the metal community was what I was most familiar with so I just chose to thrust it into that genre with no real rhyme or reason other than I had hoped that metal fans would enjoy it. Thankfully the gamble paid off. I was able to make a lot of friends and contacts that way. I think one of the great things about AT is that is crosses over a number of genres and has a little something for everyone despite their musical tastes.

Promote the new album as much as possible and start working on the follow up which in fact I already have.


Let's imagine many years in the future, someone locates an old box in the attic of an old home and inside they find an Autumn Tears album and something to play it on. What would you like this person to know about your legacy as the leader of Autumn Tears simply from listening to the album?

THE DESIGNS • An Interview With THE DESIGNS
MORE EPHEMEROL • An Interview With Los Angeles Synth Act MORE EPHEMEROL
JHNN • An Interview With Canadian DJ/Multi-Instrumentalist JHNN
COMMON EIDER, KING EIDER • ‘The Dreams Of Capitalism Are Being Revealed As Smoke And Mirrors...
DOUGLAS P. (DEATH IN JUNE) • 'Words/lyrics are continuously coming to me, everywhere and anywhere...'
ORDO ROSARIUS EQUILIBRIO • I never thought I’d live to see the day when Ordo Rosarius Equilibrio was mentioned next to Current 93 and Death in June.
AARON TURNER (SUMAC, ISIS, MAMIFFER...) • 'It’s like a dialogue between me and what I’m hearing...'
SYRENOMELIA • The drunk rural constable at the local pub.
DAVID SARDY • Producer David Sardy on his work with The Who, Oasis, Marilyn Manson and scoring work.
DEAD AGENT • An Interview With DEAD AGENT