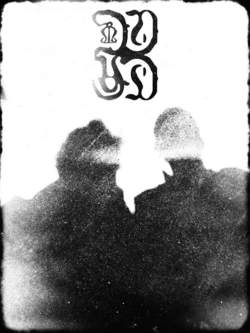 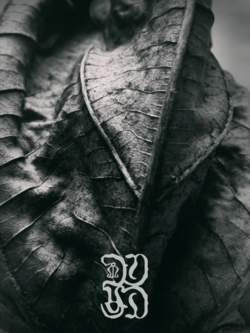 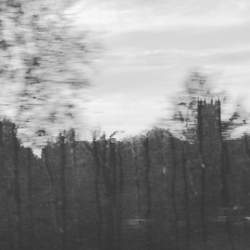 ‘The Dreams Of Capitalism Are Being Revealed As Smoke And Mirrors...

Common Eider, King Either is a collective of musicians who’re involved with music and art. San Francisco (California, USA) is the operating basis of this collective who already welcomed multiple members from different projects. The project has been releasing music since 2007 and has worked together with prominent dark-ambient/industrial/experimental labels such as Cold Spring, Cyclic Law, Consouling Sounds, Black Horizons ao. The newest album entitled “Egrégore” released by Cold Spring is a particular concept together with French artist Yan Arexis (Stille Volk, La Breiche, Coume Ouarnède ao). The work features four songs inspired by the spirits of the Pyrenees present during those Dark Moon rituals. The result is a fascinating travel throughout imaginary landscapes accompanied by dark-ambient, ritual and experimental music. I talked about it all with Rob Fisk aka B.S.s.

Common Eider, King Eider once started as a collective featuring members from different projects. Numerous productions have been released over the years, but who’s involved today and how do you see the evolution of the project?

You’ve been clearly inspired and driven by a strong humanistic vision and want to be an ‘opposition against the Trump Administration’! How does that work when being involved with music and arts?

We think it is a natural state to work within. Art should inspire revolution, or it is not fulfilling its potential. That revolution can happen on a personal level, or wider community level. If art or music doesn’t challenge my thinking or perspective, it is just distraction or background noise. There is already enough of that in the world.

A huge amount of artists are clearly opposed to the Trump Administration, but do you think it can make things change? And what does the election of Trump reveal about the USA and the world we’re living in?

It doesn’t matter if you are an artist against Trump or a plumber against Trump... being publicly against Trump and open to having productive discussions with people is helpful. I think the state of the US and of the larger world has been unraveling and unsustainable for so many years. The dreams of Capitalism are being revealed as smoke and mirrors... Trump works by telling people that all the riches one doesn’t have.... all the troubles of the world.... all the wealth unobtainable to them... is the fault of the ‘other’. The immigrant taking your job. The transgender person taking away what the definition of family is. ‘The left’ taking away your guns and rights. Other religions breaking down the moral fabric of Christianity. It is all based on fear and othering... Division. Scarcity. Entitlement. Maybe these three words are leverage points to counter energetically.

Over now to your newest work, “Egrégore”, which is a particular conceptual album inspired by the Pyrenees. How did this concept come alive and how did you proceed to realize this work? What have been the different stages in the writing/recording process?

This project was born out of a deep friendship with Arexis, and a love for his music. He is so active... “L’Homme Sauvage”-festival, Stille Volk, and his amazing solo project Coume Oaurnede. I visited him for a week in the Pyrenees, talking, sharing food with his family... was lovely! After midnight we would set an intention for ritual, and start recording. The recordings are live, with live mixing... we went back and just added a couple of overdubs to enhance a theme or note weight, or vocal weight, but for the most part it is live.

I experienced “Egrégore” as dark- and ritual like work, but it also reflects a very intimate atmosphere and a kind of ode to nature. Does it feel like an experience, which has a kind of impact on you and how did you feel after the recording?

It is extremely intimate work. Both of us humbly regard nature with humility and awe. Both of us come from an animist perspective. After recording each night, we were exhausted, happy... bonds with the earth, with each other strengthened.

I think it’s interesting to see what nature can do with people and the real impact of it all. I noticed some people are progressively getting closer again with nature while on the other hand others have never been that destructive and hostile against Mother Earth. What does it evoke to you and how do you see things evolving?

Capitalism, Christianity, and patriarchy promote division not only between humanity and nature, but a division between spirit and body. As more people move towards reconciling this split from nature and reconnecting with these lost spirits feelings and words, profound healing will take place... Healing our relationship with the land, and healing the relationship internally between mind and body. That will be how cycles of destruction both internally and on the land itself will be broken.

DOUGLAS P. (DEATH IN JUNE) • 'Words/lyrics are continuously coming to me, everywhere and anywhere...'
ORDO ROSARIUS EQUILIBRIO • I never thought I’d live to see the day when Ordo Rosarius Equilibrio was mentioned next to Current 93 and Death in June.
AARON TURNER (SUMAC, ISIS, MAMIFFER...) • 'It’s like a dialogue between me and what I’m hearing...'
SYRENOMELIA • The drunk rural constable at the local pub.
DAVID SARDY • Producer David Sardy on his work with The Who, Oasis, Marilyn Manson and scoring work.
DEAD AGENT • An Interview With DEAD AGENT
IC 434 • find it amazing to live in a highly developed society and at the same time having to realize what a mentally mess it really is.
FIX8:SED8 • I Could Talk About The Wonder That Is Skinny Puppy For Hours
BROOK • I’ve soaked up a lot of musical genres over the years, and I like to think that maybe this is reflected throughout the Brook album.
DAVID GEDGE (THE WEDDING PRESENT) • 'I do like to make the song as personal as possible!'