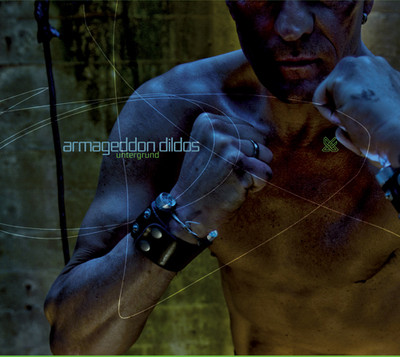 Visitors of last year’s Bodybeats Festival can confirm that these Germans from Kassel are in real good shape, even though they’re merely repeating what they used to be good at: making melodic EBM with cheerful and catchy refrains. Simply combine humour and macho behaviour with extremely powerful EBM-beats and you’ll get the typical sound of Armageddon Dildos. The band was formed about twenty years ago by Uwe Kanka and Dirk Krause and was discovered soon after by the former label Zoth Ommog, on which also “Never Mind” was released, probably their most famous club hit. After a break of several years, the Germans are back with “Untergrund”, sung partly in English, partly in German. Its Teutonic sounds are likely to remind you of Rammstein more than once, except that this album comes with a massive load of awesome EBM-beats! Turn off your mind and put those dancing shoes on!