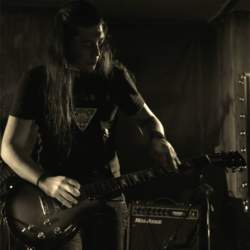 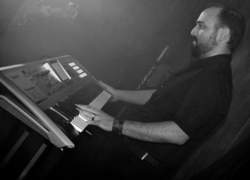 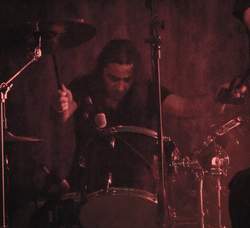 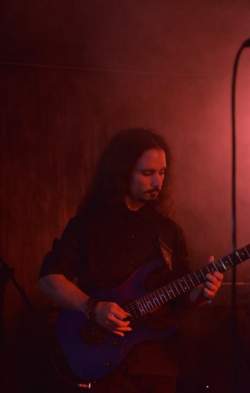 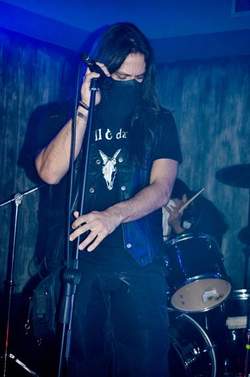 "We crave for what is hidden and we are in search for what is lost. This was and this is the turning wheel of our inspiration."

The Greek band Opened Paradise released their third album 'Buried In Rain' in 2016, full of disillusioned gothic rock and occult allusions. The CD is a little pearl, in line with their previous CDs of the band. We asked guitarist-composer Babis and singer-lyricist Periklis to give more explanation on the background and motives of the band.


You play gothic rock in Greece. Can you tell us more about the goth scene in Greece? How did it start?

Babis: First of all we would like to thank you for this interview and your interest in our music. The gothic rock scene is very diverse and sometimes bands that fall under the same category don't have much in common, musically or lyrically, with each other. Of course we don't have a problem with the term since our roots are deep in what the Fields or Garden of Delight did in the past, but we are influenced by a much wider range of music and this is something that will get clearer in our next albums if it isn't already. The fans and clubs were always here since the 80s when the whole movement started, but the bands involved in it are still very few. I don't know if we can talk about a Greek gothic rock scene. I always believed that you need to have a good number of bands with a distinct sound to do so.


How did the band Opened Paradise start?

Periklis: It was in the summer of 2003 when we planted the seed. Nothing more than 5 guys trying to release their thoughts and feelings through music. I don't think that any of us expected to be here today, active almost 14 years after, still in search of sound, looking for new horizons.


I noticed you have got two songs named ‘Opened Paradise’. The first one is your own composition on your debut, the second one is a cover of the Garden of Delight-song. Is this where the inspiration for the name Opened Paradise came from?

Periklis: You are right. It is a fact that our name came as an influence of the Garden of Delight song. At that time Elias and I where way into their music. The title was put on the table by Elias during an afternoon discussion.


Your lyrics contain many references to the occult, to Mayan mythology and others. Where does your interests in this field stem from?

Periklis: That which is unknown, or to be more accurate less known, always seemed to attract me. Small parts of truth with great significance are hidden in myths and legends. Through myths you get to know hidden or forgotten traditions of civilizations. There were cases in which religion, in an effort to hide the actual truth, fed people with lies and forbid or burned books. We crave for what is hidden and we are in search for what is lost. This was and this is the turning wheel of our inspiration.


When going through the lyrics of your last CD ‘Buried In rain’, I had an idea of an overarching theme: the distance between what someone wants to make from its life, and the actual reality. Is there a concept behind the CD and can you tell us more about it?

Periklis: ‘Leaving Dreamland’ has mainly got to do with that.What you expect from life.What you were told to believe in and how finally you realise that people and life itself seem to fail you.
In my mind "Buried in Rain" is hermetic. Speaking to all a different language, but with the same goal. The search for truth. To acknowledge fear, to embrace it and at the end letting it be your companion through life. Death is there to let you know that things are ok as long as you're far from Her grasp.


Since the very beginning, you chose to sing in English. Why not choose for your native Greek?

Babis: We never thought about it to tell the truth. It came out naturally probably because the bands we were influenced by at the time were using the English language. I personally have great respect for some of the Greek rock bands that did it differently and I really don't know how Opened Paradise would sound if Periklis was singing in Greek. It might be intriguing and, who knows, it might sound even more occult to some people.

After 13 years of existence, you still play with the initial band. How could it last for so long?

Babis: I think that most of the times the reason for a musician to leave a band is losing interest of what the team is doing at the time, commonly known as "musical differences". Since we don't have to deal with tight schedules and heavy touring, which can also be a problem within the ranks of a band, I guess we still have the same passion as we did when we first started out. We did have our issues though, which we tried to and finally managed to overcome and we recently made the family bigger with the addition of Kiriakos as second guitarist and 6th permanent member of the band.


We are all aware of the current crisis in Greece. What are your thoughts about it?

Periklis: Well the "crisis" is here. If you live in Greece you can see it all around you. The people have lost their will to smile nowadays. The poor are getting poorer, the rich become richer and the middle class is slowly fading away. Surely we feel the impact also in our lives but at least we still have a way out through music.

AGENT SIDE GRINDER • Our new compilation album is called “Industrial Beauty”. That phrase sums up a lot how Agent Side Grinder sounds. Brutal and menacing but always on a foundation of strong, beautiful melodies.
EX-RZ • A post BIMFEST interview with Peter Slabbynck - The man without a master plan!
WAVE RECORDS (LABEL) • 'The best way to release my music and control my sales was to create my own label'
MOREGO / XERXES THE DARK • The Iranian Dark-Ambient & Industrial scene
SISTEMA BEZOPASNOST • Neo-Folk from Russia
A;GRUMH... • The post-BIMFEST interview...
HIDDEN PLACE • An interview with head and voice Sara Lux
AMBASSADOR21 •
BLACKHOUSE • 31 years of Blackhouse: 'Blackhouse is not just the antithesis of whitehouse... It's the antithesis of THE White House!
MOREGO ABOUT THE IRANIAN DARK AMBIENT AND INDUSTRIAL SCENE •