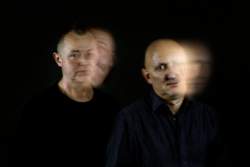 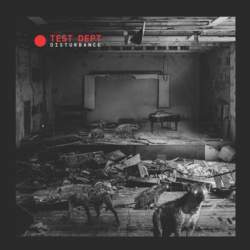 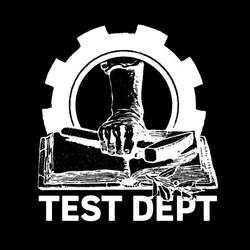 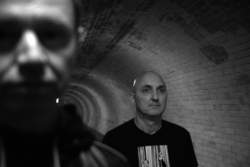 THE 80s WERE AN AMAZING TIME FOR MUSICAL DEVELOPMENT

Back in the early 80s I’d the opportunity to see ‘new’ musical styles and bands emerging at the surface. One of the bands I’ll never forget is Test Department. Their live shows were something unique and still incomparable. They were pioneers of industrial music, but also a reaction against the materialistic-, conservative society. The album “Shoulder To Shoulder” released in 1985 together with the South Wales Striking Miners Choir remains one of the ultimate productions featuring the ‘political and social’ engagement of the band. To fully understand the early years of Test Dept. I recommend the DVD released in 2016 by Cold Spring Records “From The Vaults: The Sound Of Progress”. Test Dept. released several productions, which entered into history. After their 80s industrial experiments and major releases such as “Beating The Retreat” (1984), the legendary “The Unacceptable Face Of Freedom” (1986) they progressively moved towards techno-driven experiments. Their last studio album “Tactics For Evolution” was released in 1998. Twenty one years later core members Graham Cunnington and Paul Jamrozy joined hands again to release a new masterpiece entitled “Disturbance” released by One Little Indian Records. The songs clearly sound as an offspring between their early industrial work and later techno experiments. Graham Cunnington and Paul Jamrozy kindly accepted to answer a few questions about the past, the present while giving us a little view about their future.

For this interview I would like to thank Side-Line and Peek-A-Boo for their interest to each publish this interview as a kind of ‘collaboration’ between both Belgian online platforms.

Test Dept. has released an impressive number of productions in between 1981 and 1998. The early material remains a real reference in the history of industrial music while the 90s material was more techno-orientated. What did you keep in mind from both amazing periods and what does this new album “Disturbance” mean to you?

Sonically, the new album is at once reaching back into the early 80s work of Test Dept., using the 90s work as a stepping stone, and coming to today with a new and dynamic sound which references and reflects on the past while forging a new path to the future.

I have always experienced Test Dept. as ‘total art’, but also as a collective with a strong and clear humanistic involvement; a reflection about society and the world we’re living in! The global approach of the new work hasn’t really changed and you mentioned a quote of Bertolt Brecht ‘Art is not a mirror to reflect reality, but a hammer to shape it’! Back in the 80s you’ve been unto surveillance of the British government, which clearly didn’t share a similar meaning of ‘artistic freedom’. What has been the impact of this all on your personal lives and how do you see the situation evolving today?

We do indeed try to reflect and comment on the world around us, as it evolves and changes; but we do not seek to be didactic, in the sense of trying to preach or teach specifically, rather we seek to inform and open up strands of ideas to research and question. It is always most important to question what you see and read and hear, from all sides of the debate. To not do so is to remain ignorant and open to the influence and control of darker forces, to be gullible to fake news and outlandish conspiracy theories, as well as the manipulation of our lives in the global market place. Today the surveillance is done by each and every one of us on ourselves. ‘Surveillance Capitalism’ is the new techno church. Keep your mind open and clear and reserve the right, and ability, to question, learn and adapt to what is happening in the world around you.

The 80s had something fascinating; on the one side it was an amazing decade revealing new and creative music styles and artistic formats; underground music really exploded! But on the other side it was also a decade characterized by a kind of decline, political crisis, wars, fanatic regimes, unemployment… but it seems even worst today! What’s your perception about this evolution, the current situation in the UK and do you also see positive trends?

The 80s were an amazing time for musical development. So many different strands of music were born or expanded upon then, and experimentation was much more readily accepted within the mainstream. That seems difficult in today’s market-led environment, although on the fringes there is still a great deal of sonic exploration. The disparate strands, and tribes, in music seemed to come together over the late 80s/early 90s acid house time (in Britain at least) and the techno revolution was born. But then the mid 90s saw a kind of revisionist movement, led by the anti-punk rock of Oasis and others which seemed to reflect the homogenisation of culture and politics under Tony Blair’s New Labour ‘Red Tories’.

The times now seem so crazy and disconcerting, with illegal foreign wars, terrorism at home, racism, the rise of the far-right, Brexit and Trump making previous times seem stable and secure, but all these are actually deeply rooted in the political and social doctrine started in the 80s by the Thatcher-Reagan axis –the laissez-faire neo-liberal free-market global economy. We are currently living through its end-game today, but as the wind of change picks up, and the Establishment begins to feel threatened by the collapse of the system that it has profited from so richly, its grip will continue to tighten for a while to come in order to hold on to power for as long as it can.

It is maybe hard to see positive trends amidst this collapse, but there are many grass-roots movements happening across the globe, albeit swamped in the news stakes by the sensational-seeking private press and the vested interests of the corporate state. But in the end, Climate Change will be the great leveler. All will become meaningless by the need to tackle this existential threat to our world – although all these problems will also be greatly exacerbated by it initially. We have to hope that very, very soon, when reality hits home and the threat is fully understood, the divisions between us start to disappear and we come together to find a solution. We don’t have much time left.

I’ve always been fascinated by how artists are transposing themes/messages/concepts into music, the real meaning of it all and the impact on the audience. It’s interesting to see people dancing on a song while the lyrical content of that song deals with a serious subject. I would like to get your opinion on that.

From the beginning of time, music across the globe has reflected and commented on the social, political and the personal experiences and ideas of the societies that have spawned it. Most, but not all, music has rhythm at its heart, which therefore inevitably leads to dancing. You can dance out demons just as much as welcome in gods or seasons in delirious celebration and bodily movement. In the West, folk music has always commented on outrage and oppression while people turned a mighty jig, Punk opened a generation’s eyes to the injustices of the system while they pogoed the night away, and Blues, Jazz, Soul and Hip Hop have been the call against discrimination and persecution of the black diaspora for successive generations. Music and rhythm are simply the most direct way to express feelings and the easiest way for people to connect and empathise with those feelings, be they beauty, love, sadness or anger.

The basis of the new album “Disturbance” comes from the band’s archives. You next reworked these songs, but can you tell us something more about the original versions (demos). When were these songs originally composed and by whom plus what did you finally add, change, rework?

We started to remix the older tunes from “Beating the Retreat” and “The Unacceptable Face of Freedom” albums as an experiment some years ago. Those two albums – our first two official studio albums, were quite ground-breaking, in terms of ideas and sound. When developing the new album we decided to just take germs of ideas from those albums, from the tracks we felt still had a resonance with today, mainly in the political/social themes, but also sonically. They are a re-working, a re-imagining, in a broad way, but really they are new pieces, crafted from new raw-materials with a sprinkle of spice from earlier. This gives it the feel of something intrinsically linked to our past, but new in its feel and of this time and place.

Sound-wise “Disturbance” is the perfect fusion between your 80s industrial sound and the more danceable/technoid approach from the 90s. This album could be a kind of sonic epitaph to make people clear what Test Dept. has been all about! What does this work mean in the band’s discography and might we expect some more new work?

Yes, it is an important milestone, for sure. It joins other key works which marked vital moments and transitions in our story, in particular: “Beating The Retreat”; “The Unacceptable Face of Freedom”; “Gododdin”; “Pax Britannica” and “Totality”. We will continue to develop new work and we have a few different project ideas in development, including the continuation of the Prolekult project, a collaborative venture with the kinetic sculpture artist autoPneumatiX from Manchester, which we initially performed at our “Assembly of Disturbance”-festival in London 2017. We are also continuing to develop our hybrid electronic performance/DJ set “Kontinuum” for different environments.

You’re actually playing live again. I’ve read you don’t want to bring a ‘best of’ performance so what might the audience expect and how does the act look like?

We are currently performing a live version of “Disturbance”. We have built new percussion and trigger equipment, thanks to our brilliant live sound person and producer Lottie Lou Poulet, alongside the electronics. We have the amazing Zel Kaute providing a solid and powerful rhythmic base on drums. We also have a dynamic new visual backdrop created by our visual director David Altweger. An intense all-encompassing live experience.

DOUBLE EYELID • An Interview With Toronto's DOUBLE EYELID
TED PARSONS • 'I got back into doing my artwork. And that makes me happy!'
DANIELLE DE PICCIOTTO • 'I feel connected to other people because they understand the result of my thoughts.'
KENNEY JONES • 'There's always an element of doubt in anything you do'
TREHA SEKTORI • ‘I Have A Feeling Of Constant Dissatisfaction, So I'll Get Back To Work To Make It Better’
JAKE BURNS (STIFF LITTLE FINGERS) • 'We were writing a songs about our own rights'
JAZ COLEMAN (KILLING JOKE) • 'The best way to write music is to forget about music.'
STACY COCHRAN • 'I didn’t want to write something cruel; I wanted to find the daily fears and even some transcendent pragmatism inside a complicated set of characters...'
APSURDE • No Matter What We Do, We Will Always Sound Like Depeche Mode
VANGUARD • We Had The Concept Of Doing Something That Ties Man And Machine Together