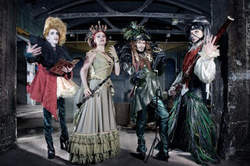 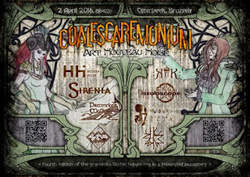 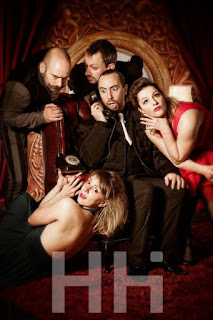 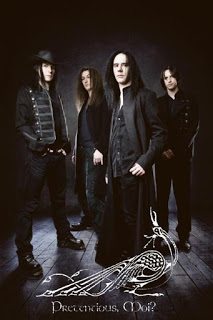 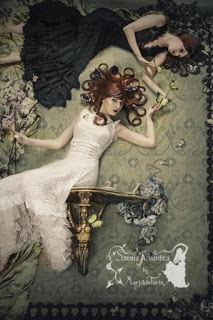 Expect a most incredible experience, filled with high quality entertainment that you will not often see in one day!

On 2nd April, the next edition of Coalescaremonium will take place, the fourth in a row. It will not be hard to convince those who experienced a previous edition to attend - certainly since the musical program was expanded considerably, but we thought it would be a good idea to give Discipulus (one of the organizers of the party) the opportunity to make a list of all the arguments for the doubters.

Hi Discipulus. You organize Coalescaremonium for the fourth time this year. The theme of this edition is Art Nouveau Noise. Can you give us some more explanation?
Each year, the challenge for our organization is to develop a theme in two contradictory-looking terms that define the goth scene. Art Nouveau Noise is the latest instance in which we literally want to quote the two underlying art flows and bring a figurative interpretation of 'new noisy arts'.
On Coalescaremonium, so many elements will be presented throughout the day, ranging from historically correct Art Nouveau to what some would simply interpret as disturbing noise, and this in an extensive program full of music, art, fashion and performance, in which we give ourselves and our beautiful monastery location a real revamp.

The program is much more focused on music this year. In recent years, only two bands were programmed, now there are eight. Why did you expand this aspect so much?
We started with one band, one solo project and three deejays in our first edition. Our plan was to set the bar higher every year and add an extra band each time. Now there are 4, and we are exploring the limits of our concert hall.
Last year, the theme was based around performance and film. We had three appearances (two bands with the use of projections and a burlesque show) in the concert room and the chapel was renamed cinema, where 4 scene related musical short films were displayed during the day.
The approach now is to provide a stage for four one-man projects with a similar setup and use the chapel as a quiet and intimate music hall, in contrast to the bombastic concert hall. Thus, we work out our concept while offering another concert every hour.

Can you briefly go through the bands you have invited and say why you have chosen them?
We start with two Belgians; the magisterial Hedera Helix, that fits so well in our concept as if it would be determined by divine intervention; and SEM, a chiptune project from my own heimat Limburg, where despite the low number of events, the interest in music is wonderfully high.
After them, two unique concerts will take place: Pretentious, Moi?, the British goth rockers in peacock theme that never played Belgium yet, and the debut concert of KnK, which was launched last year. They bring melodious drone EBM under the title Dead Body Music.
Then we have truly two legends whose influence in the scene is difficult to refute. Sirenia, with frontman Morten Veland as the founder of the Norwegian gothic metal, which will present the latest back-to-the-roots album, and Max Lilja, a Finnish cellist and founder of Apocalyptica, who recently started a minimal electro solo project.
Finally, we have two musicians, who both produce a legion of sound in their most indescribable music. The Canadian Iszoloscope produces power noise full of influences from other genres; and Luminance, the one man new wave project that beautifully draws with related synth sounds.

The eight groups represent just as many styles of music; from minimal synth to gothic rock, from industrial to gothic metal. This fits in with the ambition of Coalescaremonium to bring as many different submovements from the gothic scene together. Are you happy with this diversity?
We could not have been happier. All the artists were our first choice, and the totality of their music represents our theme better than we could ever have dreamt.

The Belgian music scene is well represented: Hedera Helix, KnK, Luminance and SEM. An excellent choice, as far as we are concerned. Is it your express wish to support the local scene?
It has always been the intention to bring a 50/50 story.We make it our mission to program international bands that are rarely or never invited to Belgium and, secondly, to support local artists who are highly active in the goth scene. Ultimately, we as organizers ask the same support of the Belgian public, so it seems only natural to open our wonderful location for those who are searching for ways to play in their own country.

It is noteworthy that there are less DJs than last year, but it is very international with DJs from Japan, Australia and the US. Is there a concept behind the DJ sets?
Because we already covered so many genres with the addition of the chapel as a concert room, it seemed a good idea to limit the number of DJs this year and go for longer sets. That way, we can involve a number of artists with whom we wanted to work together for some time and from who we also know that they fully support our concept.
Ultimately, the ballroom offers a continuous alternative to what is going on in the live venues and we provide a very strong offer in DJs with Sisen (dark wave), Totentanz (aggrotech), Necromatx (goth / EBM), XLII (IDM) and Dargor (metal).

Of course music plays a prominent role in our subculture, but there is also fashion, graphic arts, photography, literature, etc. You have paid a lot of attention to those the past few years. What do you have in store this year?
This edition invests strongly in the theme of music, with a launch by no other than the organizers themselves, who all (including me) will bring a bit of their artistic youth, with a real acoustic mini chamber music concert, and the typical theatrical twist that - meanwhile - is expected from us.
The fashion show this year is provided in the Art Nouveau theme by the label Somnia Romantica, with recorded music by the designer himself (classical piano) and her husband (noisy sound effects). Industrial gogo dance will also be part of the show, and dance instructor Juul Victoria - whom everyone remembers from last year - is back for two acts, included the most various concerts you'll see.
The art exhibition is also done by two vocalists. You will be able to admire the photography of Andy Julia, singer of Soror Dolorosa, and illustrations by Gina Wetzel of Rusalka. Finally, there is the Photo Studio where visitors can really step into our concept and become part of the artwork.

Can you briefly summarize why we have to come?
A most incredible experience, filled with high quality entertainment that you will not often see in one day!

LUMINANCE • I don't know what to expect of me. Expect anything.
MARK BURGESS • Superstardom has more downsides than advantages if you ask me. I could have used the money but fuck it, I'd have just wasted it anyway.
SAIGON BLUE RAIN • We think that it's time to let new bands prove that they can bring a new breath to this ageing goth and dark wave scene.
AMON AMARTH • A big part of our success is that we still are good friends
AINAMROOD • One slip can get us to jail for the rest of our lives, if we don’t get killed before that.
HEDERA HELIX • It is only in a live performance that all the elements which make up Hedera helix are present.
DYSCORDIA • We're not afraid of different influences.
WHISPERING SONS • Whispering Sons is a young blonde woman who exorcises her demons on a stage, accompanied by a dark and often danceable soundtrack made by passionate musicians.
KRIISTAL ANN • Of course the inspiration doesn’t fall from the sky as many believe. We need to provoke it. It’s something that is similar to flirting.
ATTRITION • it was tough and dangerous to be a punk rocker in 1977. I was lucky, I could run fast.

Other reviews from COALESCAREMONIUM
COALESCAREMONIUM • The main goal behind Coalescaremonium is to bring people from a gothic scene that fragmented up into many little subcultures together for one grand celebration in a nice location.