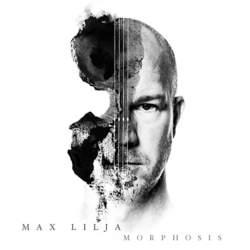 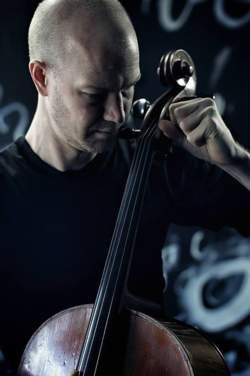 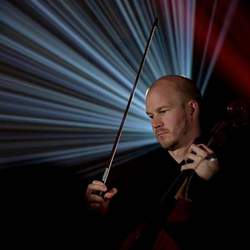 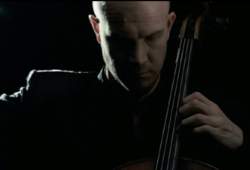 The classical world is still full of puritans that will never see any value in what I or other like minded people do.

Max Lilja is famous in the metal scene as one of the founders of Apocalyptica and Hevein, and as a musician with Tarja Turunen. But this musical centipede ventures in any possible musical style. On Coalescaremonium, he will present his solo project, in which he mixes layered cellos with minimalist electronics. We had an interview with someone who dares to color outside the lines.

Dear Max. You are known as one of the founders of Apocalyptica, a band that has gained international recognition, and later on even with Hevein. Why did you decide to start a solo project?
Hello all! I was always interested in finding something new in music and in the ways of making music. Already after Apocalyptica I had a vision about an electronic cello project, I was always quite open minded when it comes to music genres and I was digging electronic stuff already in those days. It then took many years of experimenting to find a satisfying way of making electronic music using the cello as the only sound source.

You had a classical schooling in cello, but you really sought and achieved to play cello in formations that are unusual for classically schooled musicians, first in metal and now in electronics. How do your partners in the classical music world react to your other projects?
I’ve actually grown a bit away from the classical world and see myself more as musician than as a cellist. The classical world is still full of puritans that from the instruments point of view will never see any value in what I or other like minded people do, but gratefully there are many that think differently and understand the importance of musicians who bravely follow their intuition without being limited by the tradition. For me, it's kind of the only way to create something new.

A big difference with the music you play in several bands is that you stand all alone on stage now. How do you deal with that aspect?
My live set with all the looping and stuff is already technically so demanding and in that sense very high risk. It also requires a 100% performance from the playing point of view in order to deliver the magic, so there really is no loose time for anything outside of the music. It is indeed very different from playing in a band where you get the energy also from playing and interacting with other musicians and especially in rock and metal where it’s full on all the time. Now it’s just me and the audience, but I’ve been playing an instrument since I was 5, and I have been on stage alone already at that age, so in that sense this is nothing new.

The main difference - however - seems to be the use of minimal electronics in your solo work. Did you feel that there was a different approach in the compositions in comparison to other projects?
It’s always different depending on the concept and the people working on the music. I now have two solo albums out and the 3rd is coming together as we speak. The vision, songs and arrangements are ready. It just needs a little bit fine-tuning and I’m ready to record it in the coming months. The processes behind the three records have been very different in many ways. For instance, the 2nd I composed entirely on cello, the 3rd with piano which I then arranged to cello. When I arrange my solo material, though, it’s all cello. I think as if there was a normal ”band” for which I’m writing. I use the same kind of elements and ”instrumentation”. As said earlier, I always try to renew and think fresh.

You play with all sorts of bands, both in the studio and live. Will you play any style of music? Do you make a selection of the bands you want to work with?
I’ve always been fairly open minded for music and honestly, in todays world, as a free lance musican, it’s better to do the gigs if there are some available. I’ve been very lucky to have been able to mostly work in projects where I enjoy the music and the people around it, like the work with Tarja Turunen.

You recently started experimenting with the Halldorophone, an electro-acoustic instrument with resonating strings. What are your plans with this instrument?
The Halldorophone is a true beast. It’s so powerful and I’m really impressed about it and want to explore it more. I’ve written a 15 min piece for it that I’ll perform in an electronic music festival in Finland in a few weeks. It’s a very cinematic instrument. Halldor Ulfarsson, who made the instrument, has a vision of me playing it in a church in Leipzig during the Wave Gothic Treffen. Would be great.

You will be playing on Coalescaremonium on April 2, an event with a very distinct concept and a great variety of musicians. Are you happy with the concept? Do you feel affiliated with the other acts on Coalescaremonium?
I’ve been performing in gothic events dozens of times in the last twenty years and it’s always been great. You cannot find that variety of different genres of music and other performing arts almost anywhere else, not to forget the respect the people have towards the artists. It seems that - for Coalescaremonium - all the acts are hand selected for a particular purpose in order to build a very unique memorable night. I’m very grateful to be part of it and can create the magic of the music together with the crowd… one of the important elements for our hearts and minds in these devastating times. See you in a couple of days!

CLICKS • I wanted to have a club friendly electro-clash vibe going on with Clicks and I think it worked out pretty well.
COALESCAREMONIUM • Expect a most incredible experience, filled with high quality entertainment that you will not often see in one day!
LUMINANCE • I don't know what to expect of me. Expect anything.
MARK BURGESS • Superstardom has more downsides than advantages if you ask me. I could have used the money but fuck it, I'd have just wasted it anyway.
SAIGON BLUE RAIN • We think that it's time to let new bands prove that they can bring a new breath to this ageing goth and dark wave scene.
AMON AMARTH • A big part of our success is that we still are good friends
AINAMROOD • One slip can get us to jail for the rest of our lives, if we don’t get killed before that.
HEDERA HELIX • It is only in a live performance that all the elements which make up Hedera helix are present.
DYSCORDIA • We're not afraid of different influences.
WHISPERING SONS • Whispering Sons is a young blonde woman who exorcises her demons on a stage, accompanied by a dark and often danceable soundtrack made by passionate musicians.